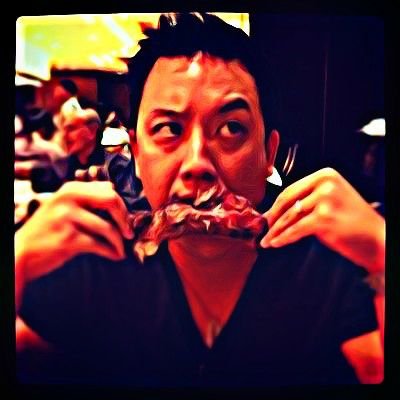 I didn't know diddly squat about food. My diet consisted of fast food and frozen dinners. One day at the grocery store, I took the plunge and bought some raw chicken. I was so excited to actually COOK. I thought, how hard can this be? I slapped the chicken on the pan for a few minutes, cut it open, and... it was RAW -- while still quivering with salmonella. I knew that there was much more to learn about food and that I just barely scratched the surface.

Fast forward about a decade, and my love for food has expanded (like my waistline). I'm a self-taught cook who learned by trial and error, lots of practice, and by watching cooking shows -- both online and television. Occasionally, I'll volunteer at a local rescue mission as a chef. I'm known as the "meat guy," because I'm always prepping and cooking either beef or chicken for the lunch service. 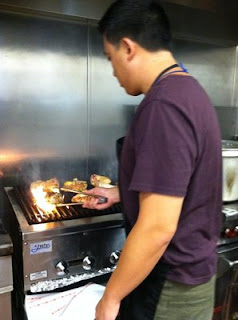 If there's one thing that I love more than cooking... it's eating. Growing up in Southern California, I wasn't exposed to very many different types of food. Living in the East coast really opened my eyes. I remember the first time that I ate at Pepe's Pizza in New Haven, CT. After eating takeout and chain pizza restaurants all my life, I was blown away. I love eating out at all types of restaurants -- whether it's a hole-in-a-wall or a 5-star Michelin rated. If there's something new to try, I'll Yelp it!

I've always loved BBQ and backyard grilling, but I never took the time to study the art of low and slow BBQ. I wanted the good stuff, meat smoked for long hours -- not something stuffed in the oven or slow cooker and slathered in sauce. I would eat out, and was always dissatisfied with what restaurants had to offer. I would always drool at all the BBQ joints that I saw on television -- Texas, Memphis, and Kansas City. 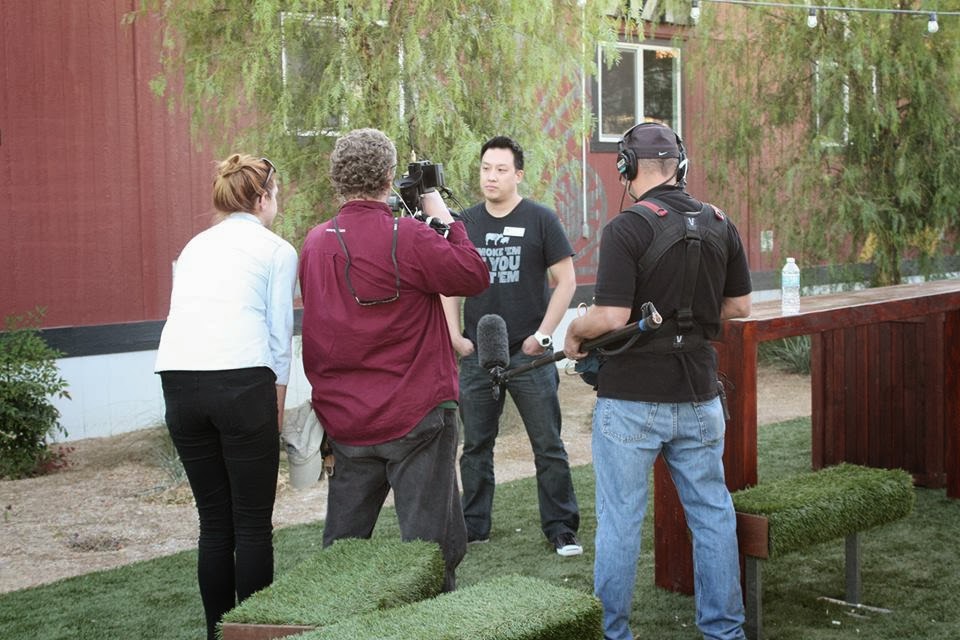 So after researching online, I bought my first smoker in May '11 and launched this blog to chronicle my adventures. Since then, I've trained under an award-winning pitmaster, went through 10 hours of BBQ certified judging classes, and judged over a dozen BBQ competitions. But I've only scratched the surface -- there is so much more to learn in the art of low and slow BBQ. Thanks for reading, and I hope you'll follow me along my BBQ journey!

If you're interested in working with The Dirty Smoke, email dru@dirtysmokebbq.com.