Recently I had the opportunity to travel to Phoenix for a work conference trip. As soon as I booked my flight and hotel, I immediately mapped out the location for Little Miss BBQ. I was not about to miss out on trying out some highly rated fatty brisket, no matter what kind of work schedule I had. I'm not sure how I initially found out about Little Miss BBQ -- perhaps through Yelp or Instagram -- but I knew the place came highly, highly rated. 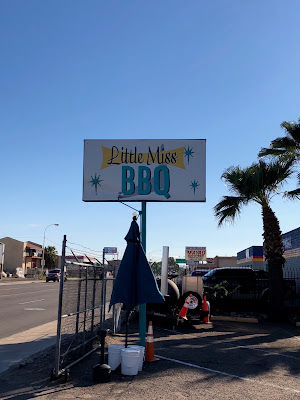 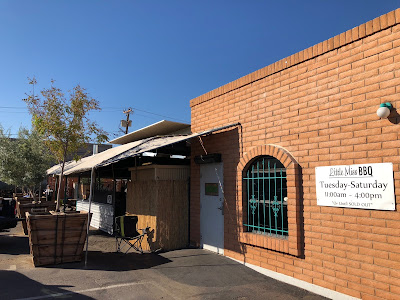 I arrived shortly after 9AM on a beautiful day in October. I wanted to arrive early and be among the first customers because I had to head back to the downtown area in the early afternoon. Located in an industrial area, it was easy to locate the Little Miss BBQ sign. I was greeted warmly by several employees prepping for the upcoming lunch rush -- everyone was so nice and made sure that I was comfortable by letting me know about the water cooler and that I was welcome to use one of the chairs since I still had another hour and half to go before the 11AM opening time. 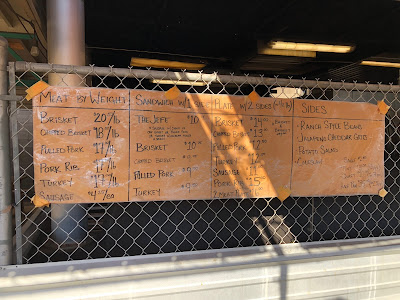 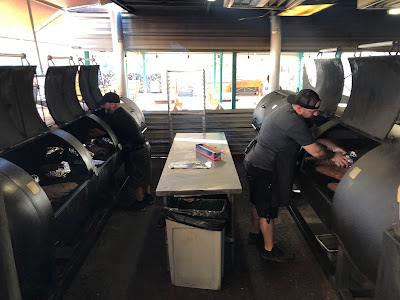 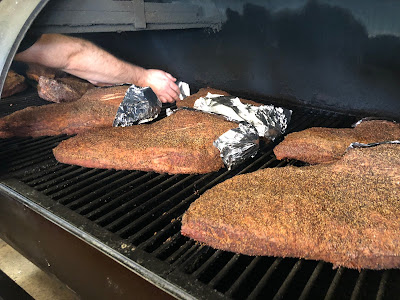 I killed some time by checking out the menu written on a piece of cardboard, and by observing a couple of the workers by two massive pit barrel smokers. I even ran into the owner who was dropping off some things, we chit chatted a bit about his BBQ competition days and how I traveled from Southern California for work but had to stop by for some brisket. 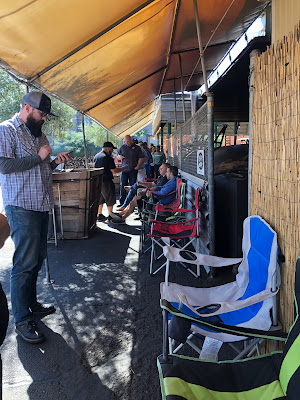 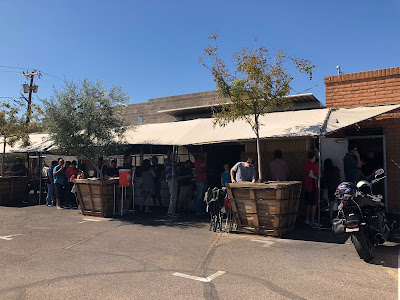 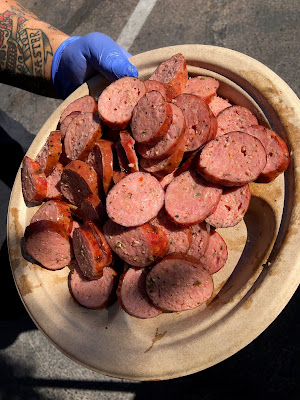 About an hour or so before opening, the line really started to grow -- maybe about 40-50 deep. I thought it was great that they put up a covered area for everyone waiting in line. While the weather was fantastic in October, I can't imagine how hot is it during the sweltering summer months pushing 110+ degrees F. About 15 minutes or so before opening, they even passed around some homemade smoked sausage for everyone to try. 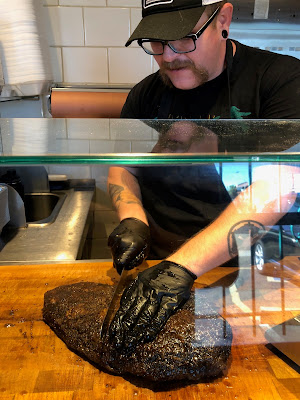 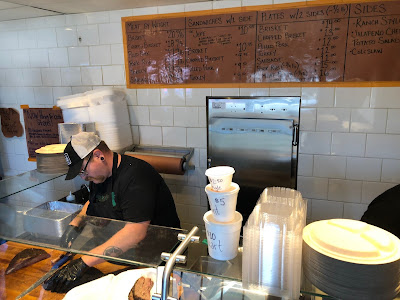 At 11AM on the dot, the doors flew open and I was the first customer of the day. My stomach was eating itself at this point I was so hungry! The worker slicing the brisket offered a sample of the brisket, and that piece of meat just literally melted in my mouth. I ordered the 2-meat plate which comes with two sides. At just $1 extra ($17 total), I ordered the double fatty brisket which was about 3/4 of a pound, along with coleslaw and potato salad. You can also ask for pickles, onions, and a few slices of white bread. 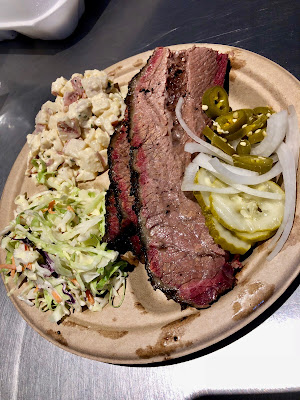 The fatty brisket is one of the best I've had -- beautiful smoke ring, perfectly smoked, and just the right amount of seasoning. I had high expectations going in, but my actual experience went above and beyond. Even the sides were excellent, something that many BBQ places simply neglect to focus on the meat. With no breakfast and waiting a couple of hours on a growling stomach all morning, I destroyed that entire plate in just minutes!

Little Miss BBQ is the best Central Texas style BBQ I've had on the West coast (aside from my own brisket, of course). Phoenix is lucky to have this place, and I will return soon if and when I'm ever back in Phoenix. 5/5 stars.