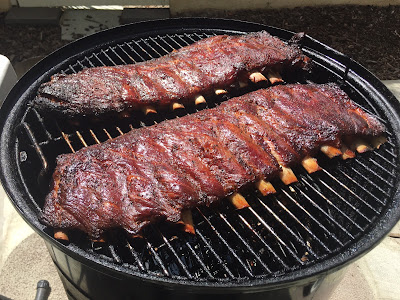 On a recent backyard BBQ session, I experimented with a couple of Schultz's BBQ sauces -- Spicy Mesquite and Tangy Mustard. I tried both sauces on two full racks of spare ribs, both as a marinade and as a finishing sauce. I enjoyed the tangy mustard because it complemented the apple wood smoked pork ribs. The mustard-based BBQ sauce also contains molasses, and the sweetness typically lends itself well with pork ribs or pulled pork. 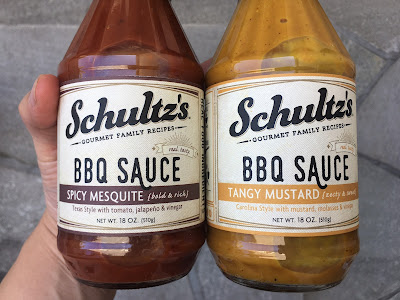 The spicy mesquite has a very strong flavor profile, and somewhat overpowers the pork. I love spicy foods, and this sauce has a sharp initial kick, but slowly mellows out after time. Once I tried the sauce with some brisket, it was a match made in heaven. The tang and acidic flavor from the tomato, jalapeno, and vinegar effectively cut the fattiness from the beef brisket. The spicy mesquite BBQ sauce would also pair nicely with a burger, or even as a dipping sauce for meatballs.