This is one of the best Texas-style BBQ spots I've tried outside of Austin and Lockhart in Texas. I ordered the Texas trinity -- pork spare ribs, brisket, and sausage. All three were excellent. I judge a BBQ joint on how well they smoke their brisket. Heirloom's was smokey, juicy, and incredibly tender. 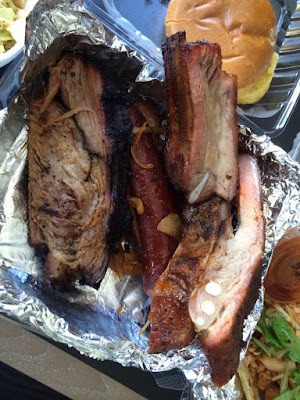 This place is the epitome of a hole-in-the-wall. It shares the same space with a shady-looking convenience store on the left. They just recently allowed people to dine inside, with about 6 or so chairs up along the wall.

I wasn't impressed with their Korean-style pork tacos. Then again, coming from Los Angeles, I've had my fair share of Korean fusion food so my taste buds are a bit skewed. 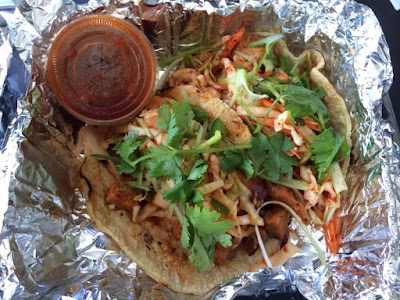 Although I wasn't impressed with their Korean influenced items, I do love their BBQ sauces (although they charge 50 cents extra) with a touch of Korean flavor -- the sweet, the spicy, all mixed in -- it's a great compliment to the meat.

The next time you find yourself in Atlanta and you're craving some Texas-style 'Q, don't hesitate to check out Heirloom Market BBQ.