I've been to a handful of barbecue restaurants in the Lone Star State, but not nearly enough. It had been three years since my last visit to Austin, so when I had the opportunity to visit one barbecue joint -- I picked la Barbecue. 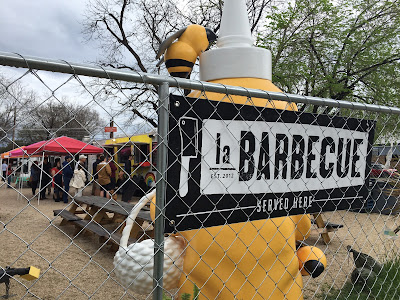 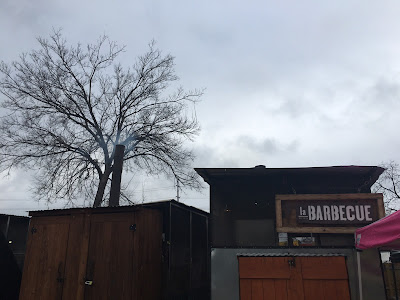 Shortly after opening its trailer in 2012, la Barbecue was already praised as one of the top barbecue joints in Texas. So it's no surprise that owner/pitmaster John Lewis used to worked for Franklin, He honed his craft by building his own smokers and entered in barbecue competitions, 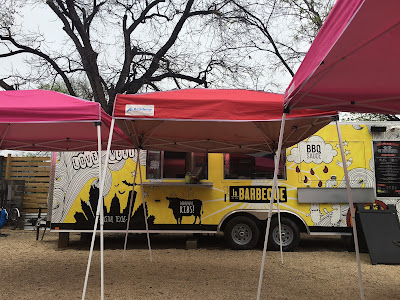 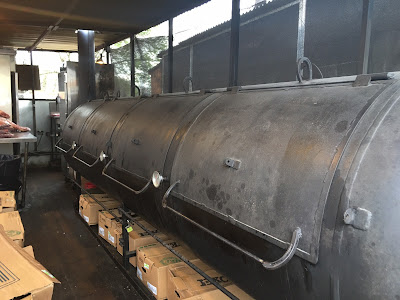 After reading about the long lines at la Barbecue -- but not nearly as long as Franklin -- I showed up at 10am expecting at least several people waiting until the 11am opening. To my surprise, I was the first customer there. My guess is that the rain showers slowed some people down.

When I wasn't seeking refuge from the rain underneath the tarp, I killed my time checking out the two offset pit smokers. Both run 24-7, and there is someone there at all times to manage the fire and temperature. These were the kind of smokers that I dream about building in California. 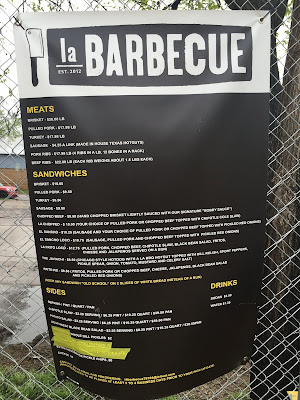 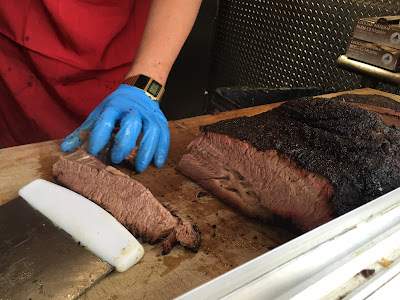 With about 15 minutes to go before 11am, there was a line of about 20 deep. After skipping breakfast, I was beyond starving. I settled on one beef rib ($22 per lb, and one beef is about 1.5 lbs), a slice of fatty brisket, and an order of potato salad. 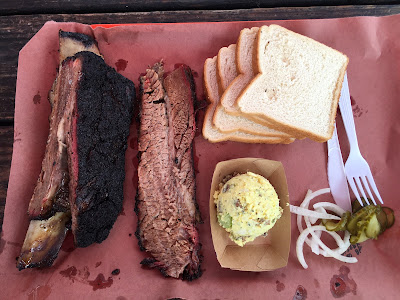 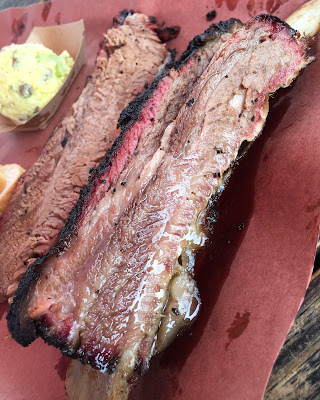 With my first bite of the fatty brisket, it literally melted in my mouth. The slow-smoked rendered fat with the crusty bark is just about the perfect bite of brisket. la Barbecue's brisket tasted very, very similar to Franklin -- just without the 3-hour wait. The flavor of the beef rib is more pronounced -- deep, rich, intense. The meat is super juicy, with lines of fat running up and down the bone.

la Barbecue will inevitably be compared to Franklin, and rightly so. Both started in a trailer, both are in close proximity to each other in Austin, both serve awesome brisket, and both have 30-something owner/pitmasters. But if I had to choose, I'll take the one with the shorter line.