In the ultra competitive world of BBQ sauces, there's no doubt that marketing and branding play a huge role. Safe to say, a celebrity-chef backed BBQ sauce would more than likely entice a fan to pick up the sauce off the shelf without even tasting it. Other no-name brand sauces need to go the extra mile, like provide taste tests or demos in the market.

I met food blogger Jay Ducote during last year's World Food Championships in Las Vegas, and we immediately struck up a conversation about New Orleans (although he was quick to point out that he's from Baton Rouge) and BBQ. He launched JayD's Louisiana Barbecue Sauce and has been competing on Food Network shows ever since. 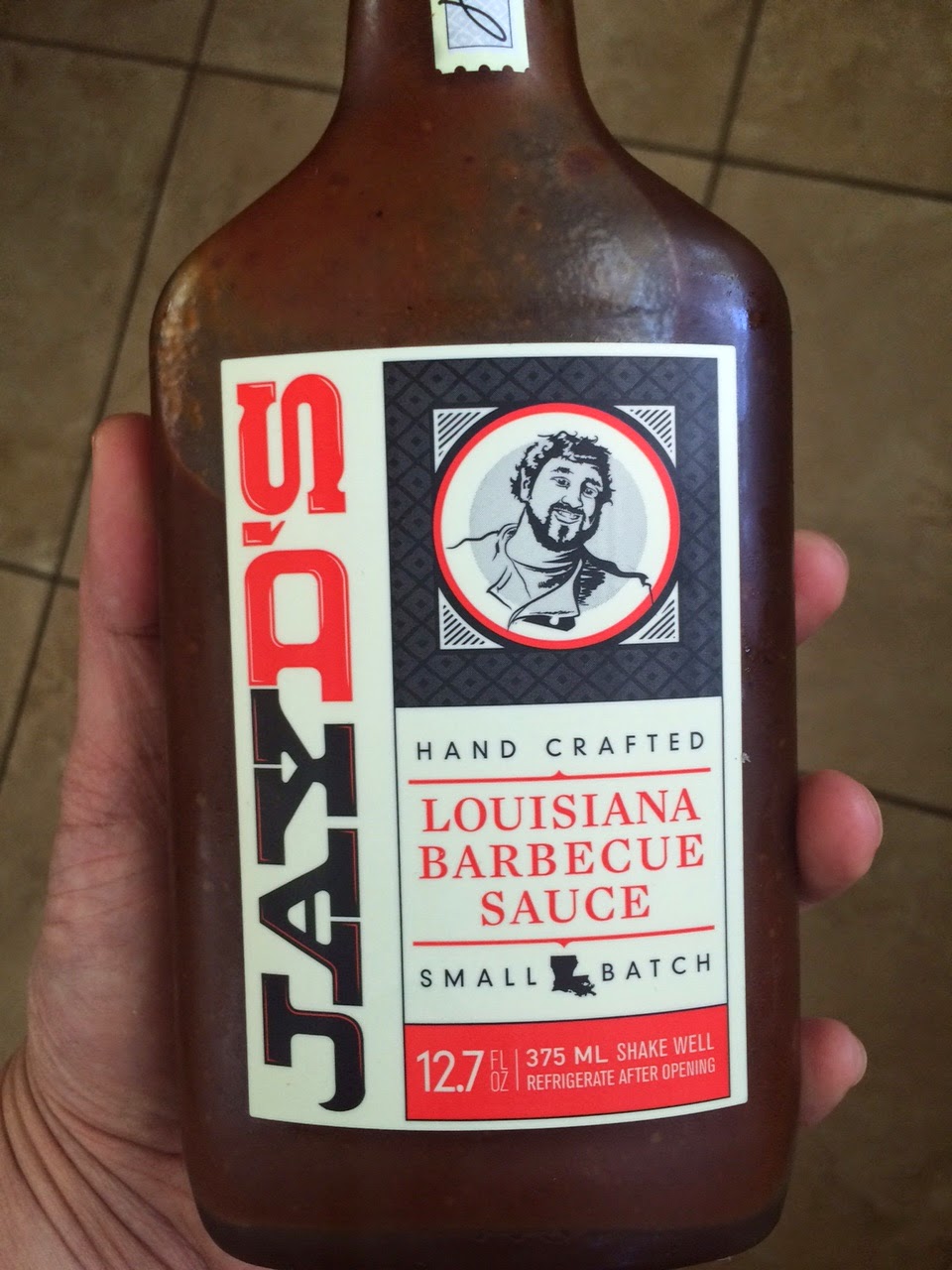 I'm a big fan of cajun and creole cuisine -- though not an authority, I know it's all about bold, strong flavors. After visiting New Orleans for the first time a couple of years ago, I've been wanting to return ever since. I could easily gain 10 pounds after a few days of eating there.

I got a hold of JayD's BBQ sauce and it's easily one of the best designed and branded BBQ sauces I've ever seen. From the distinct bottle shape to the clean label to the sealed sticker with Jay's signature and date -- everything is nice touch, down to the last "small batch."

Looks great, but how does it taste? Good, but the sauce needs more kick. For something that's labeled Louisiana BBQ sauce, I expected some powerful cajun spices, more cayenne, more heat. However, there is a strong Worcestershire sauce flavor in the sauce, which would be a perfect secret ingredient for making chili, stew, and gumbo.

Dirty Smoke rating (3.5 out of 5 stars)
Recommended... if you like Worcestershire sauce.