This post is brought to you by Char-Broil. The content and opinions expressed below are that of The Dirty Smoke BBQ Blog.

It's about that time! Memorial Day weekend is right around the corner, which means it's the unofficial, "official" start to BBQ season. Whether it's smelling grilled or smoked meat wafting in the air, or relaxing with friends and family, there's not a better activity in the summer season than a good 'ol American outdoor cookout.

Recently, I had the chance to check out the new Char-Broil Kettleman Grill. It's a 22.5" kettle-style grill with a variety of features that focus around control -- temperature, flare-up control, stability, just to name a few. I put these features to the test in a backyard grilling session. 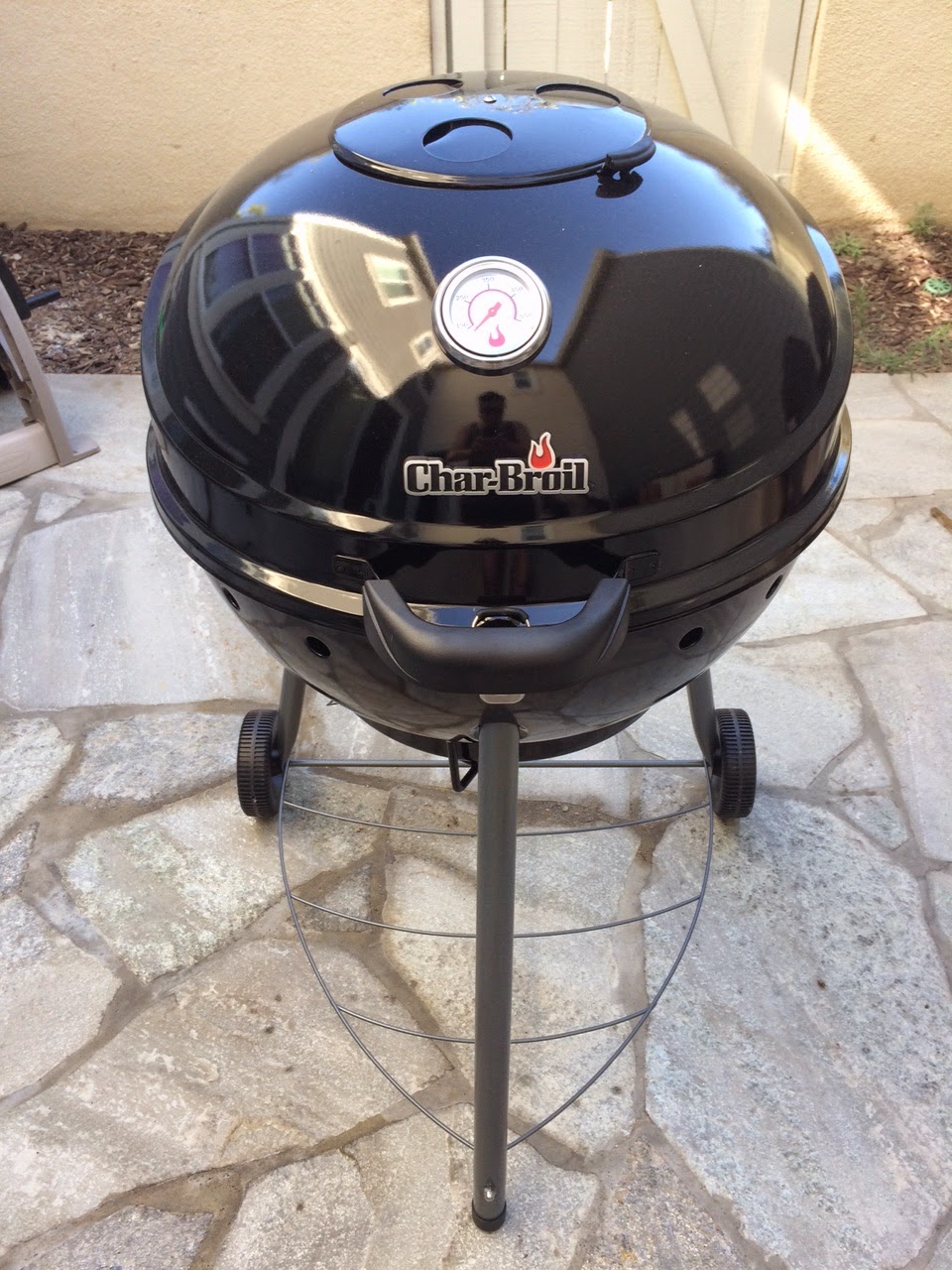 Instead of grilling the standard BBQ meat like burgers and hot dogs, I decided to grill some seafood -- specifically shrimp and salmon. I soaked some wooden skewers in water for about a half hour and quickly built my seafood kabobs. I also made some fruit kabobs with strawberries, grapes, and mangoes. 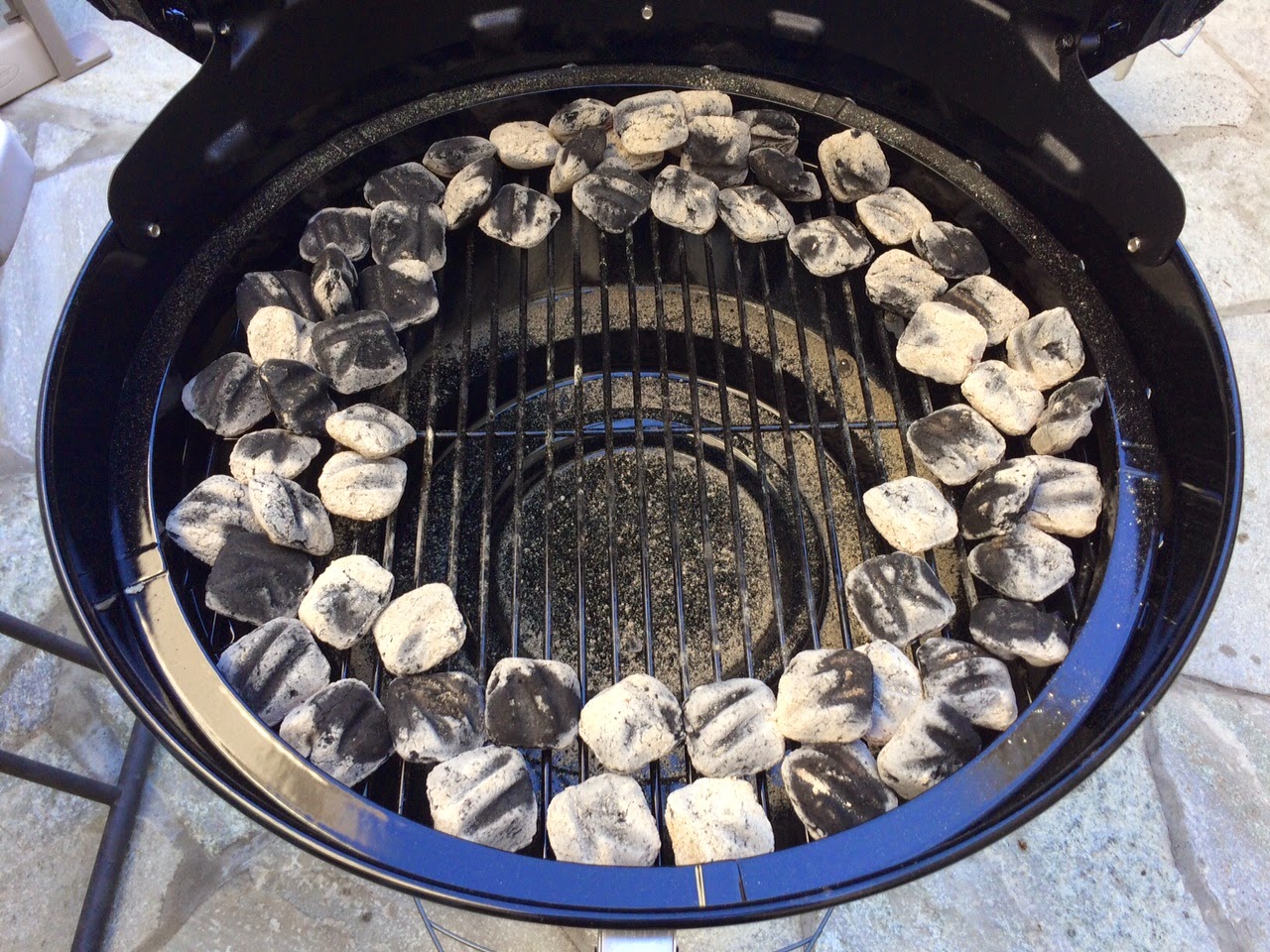 After firing up around 50 charcoal briquettes, I distributed the coals around the outer edge of the charcoal grate for indirect cooking -- which is ideal of cooking delicate food like fish. After placing on the cooking grate, I closed the lid for a few minutes to allow the entire grill to preheat at around 300-350 degrees F for medium heat. 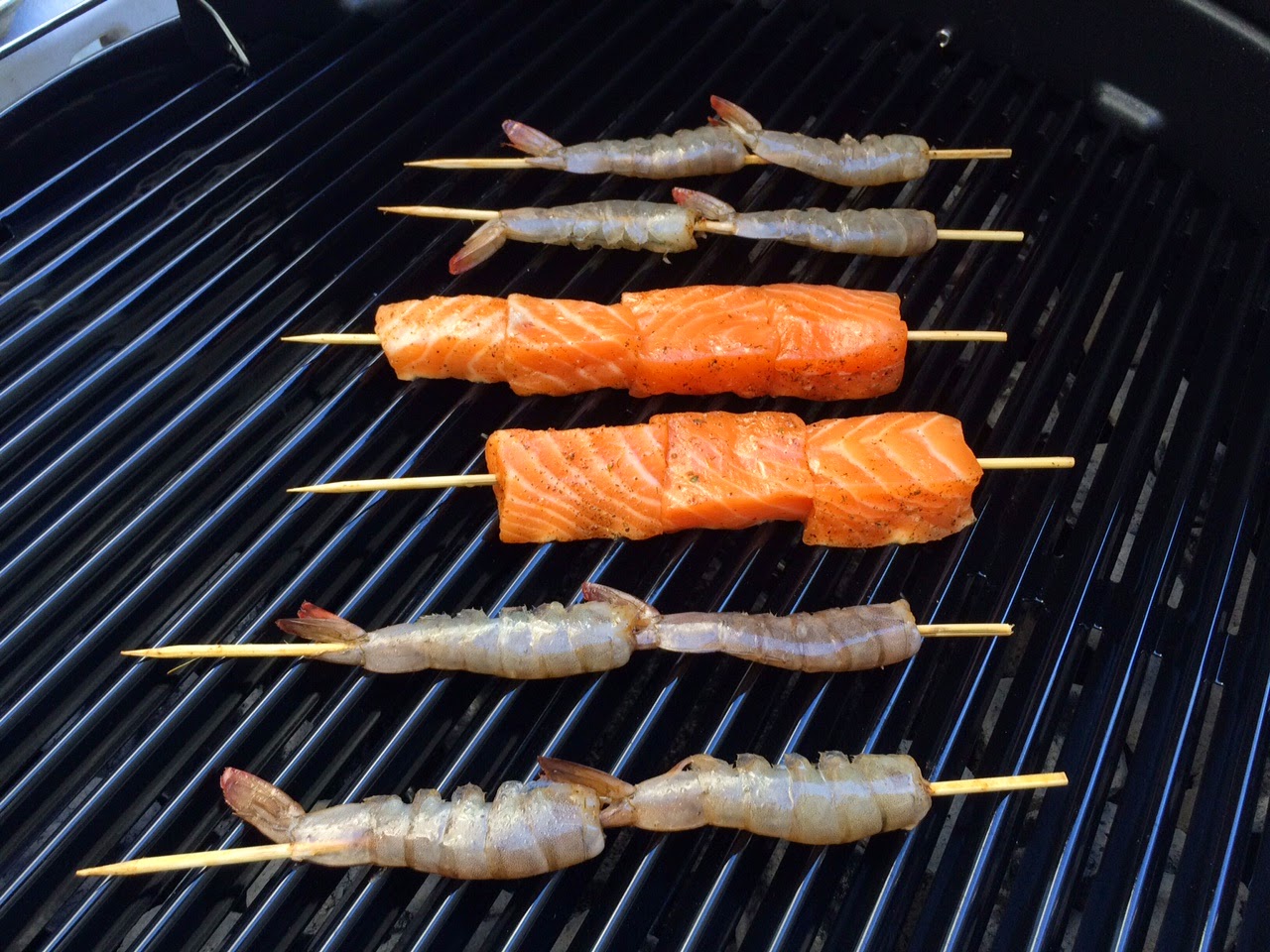 After brushing the kabobs with vegetable oil and adding salt and pepper, it was time to start grilling. Seafood cooks very, very fast on a charcoal grill -- that's why I only placed the kabobs at the center of the grill and not directly over any hot coals. The shrimp and salmon only required a few minutes on each side. I even lightly brushed each kabob with soy sauce for some added flavor. 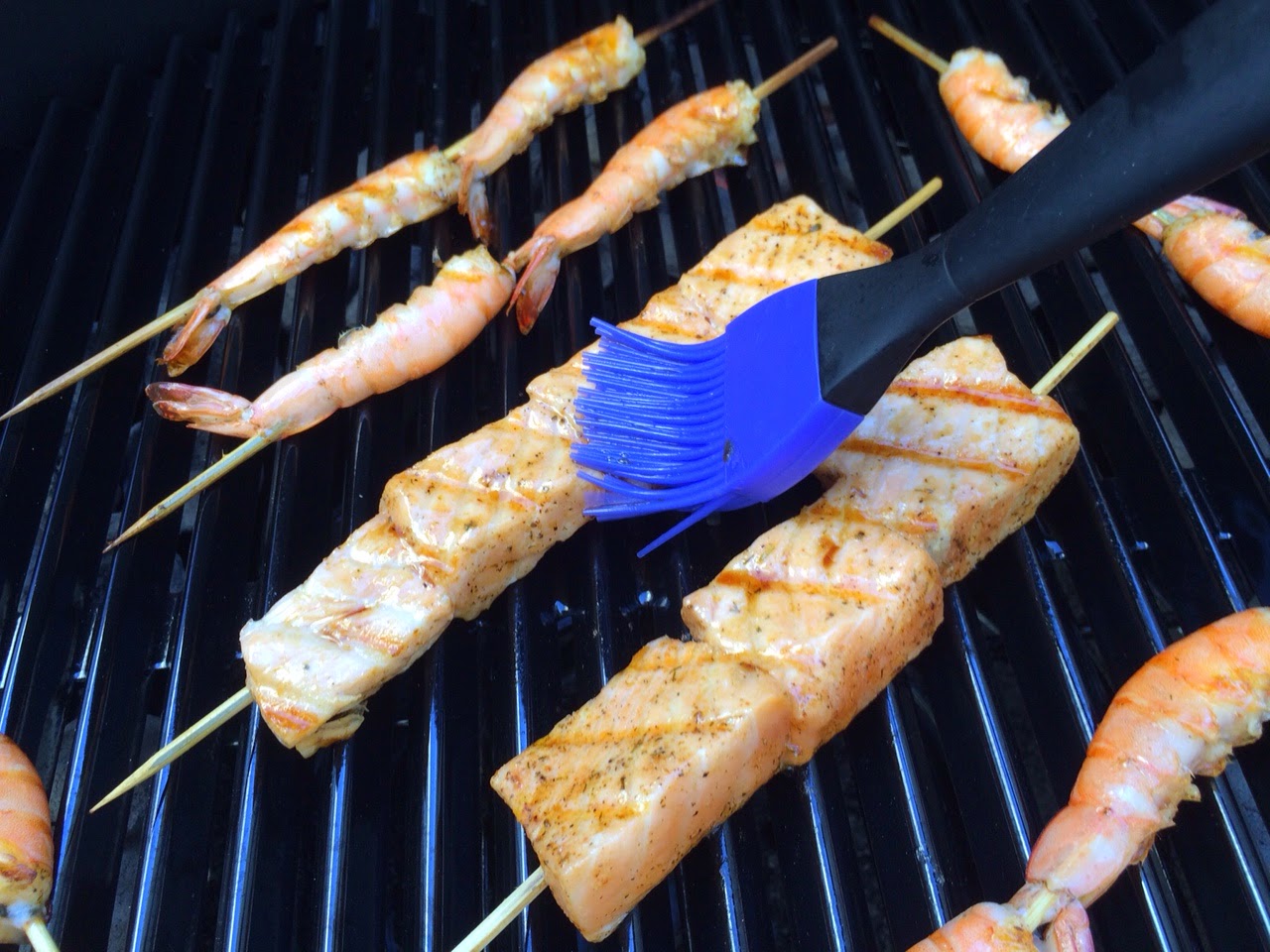 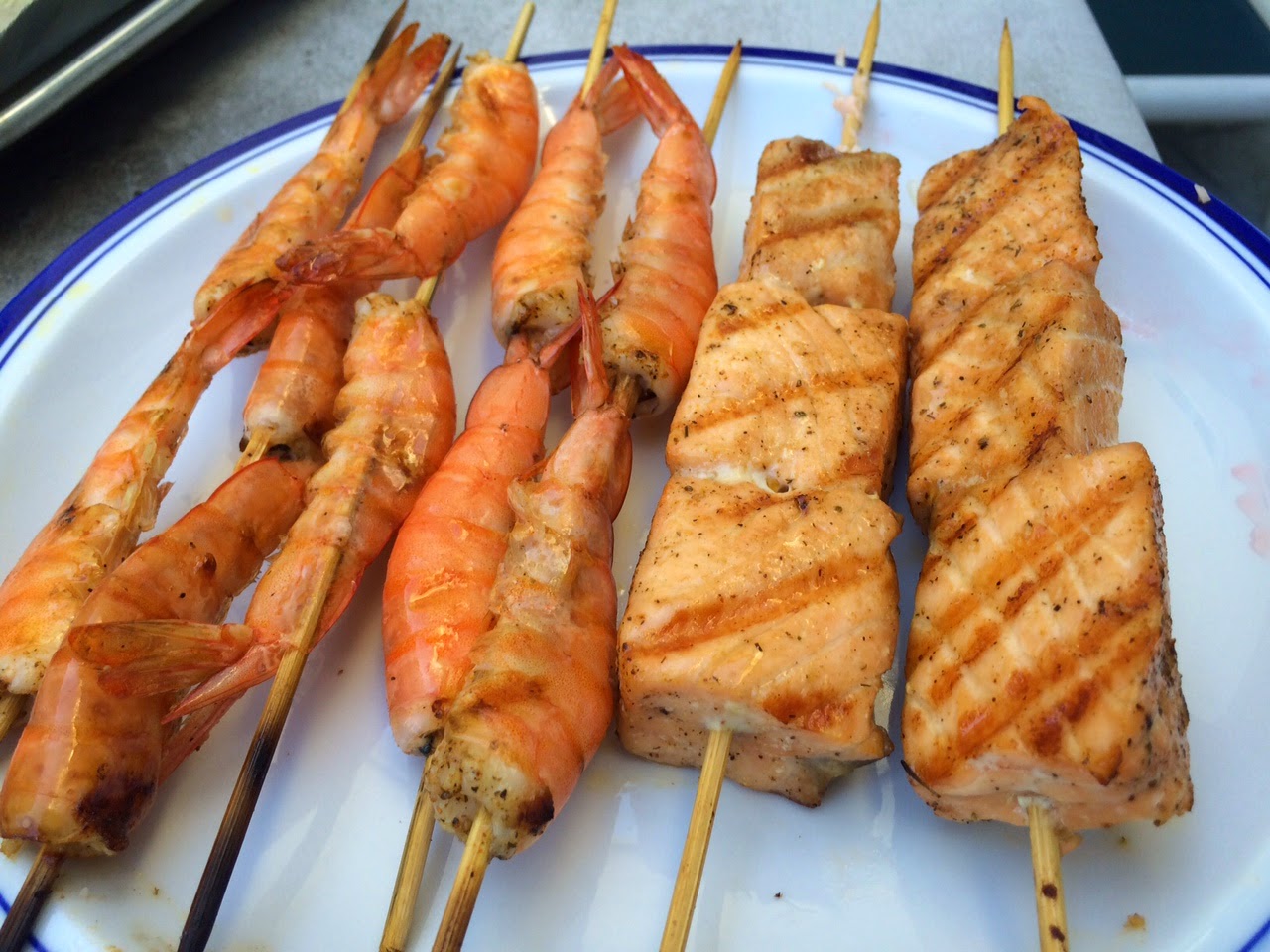 My favorite fruits to grill would have to be pineapple, mango, or peach. Not only can these fruits stand up to the flames, but they have a natural sweetness that intensifies when caramelized on a grill. For this grilling session, I decided to test the grill with smaller and more delicate fruits like strawberries and grapes. 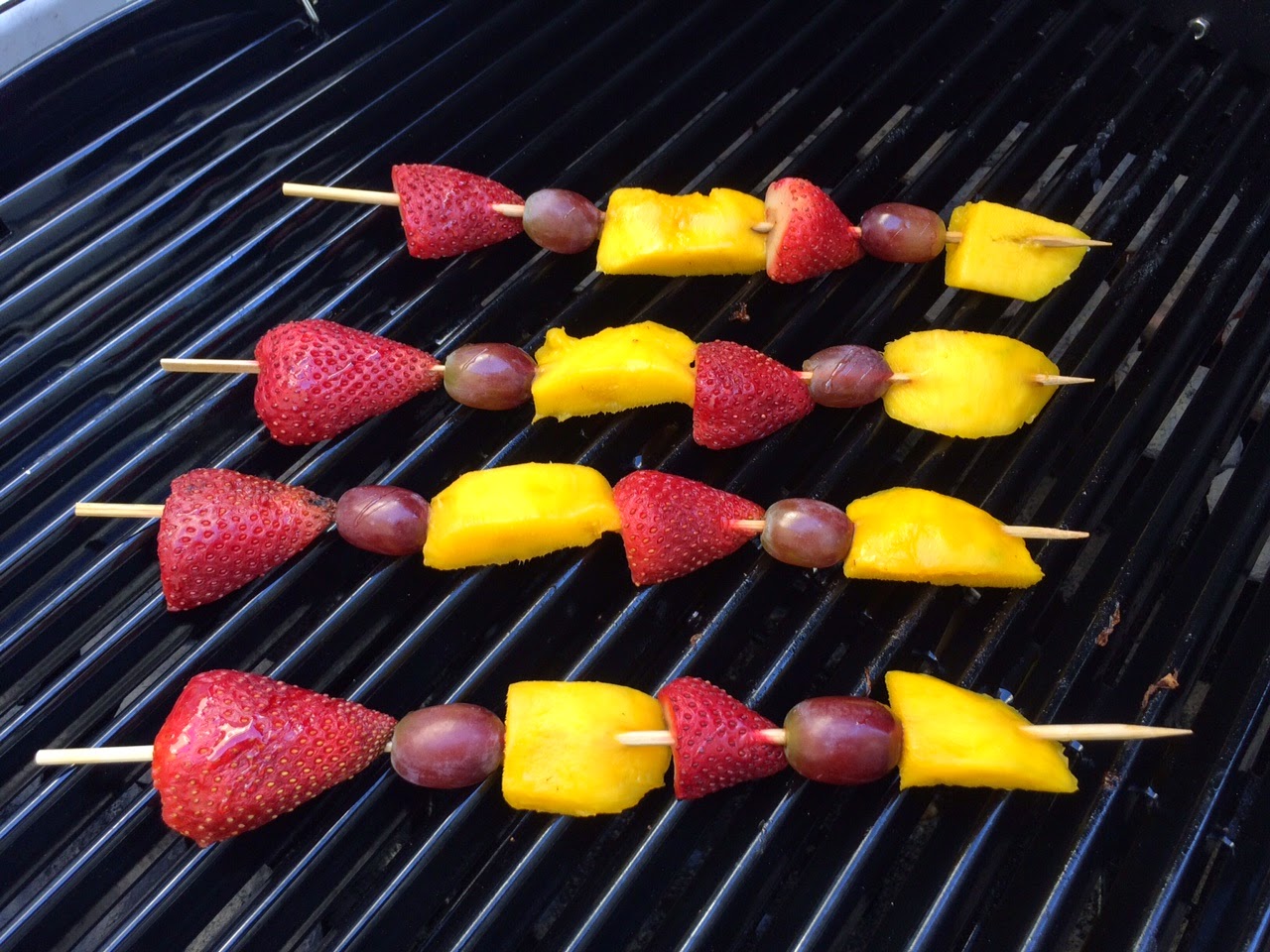 A couple of things about Char-Broil Kettleman Grill stood out for me. The super-sized vent on top of the lid made it easier to control the temperature of the grill -- which can be monitored with the included temperature gauge. The hinged lid is an underrated feature, as it's just quick and convenient, without having to worry about where to place a hot lid. 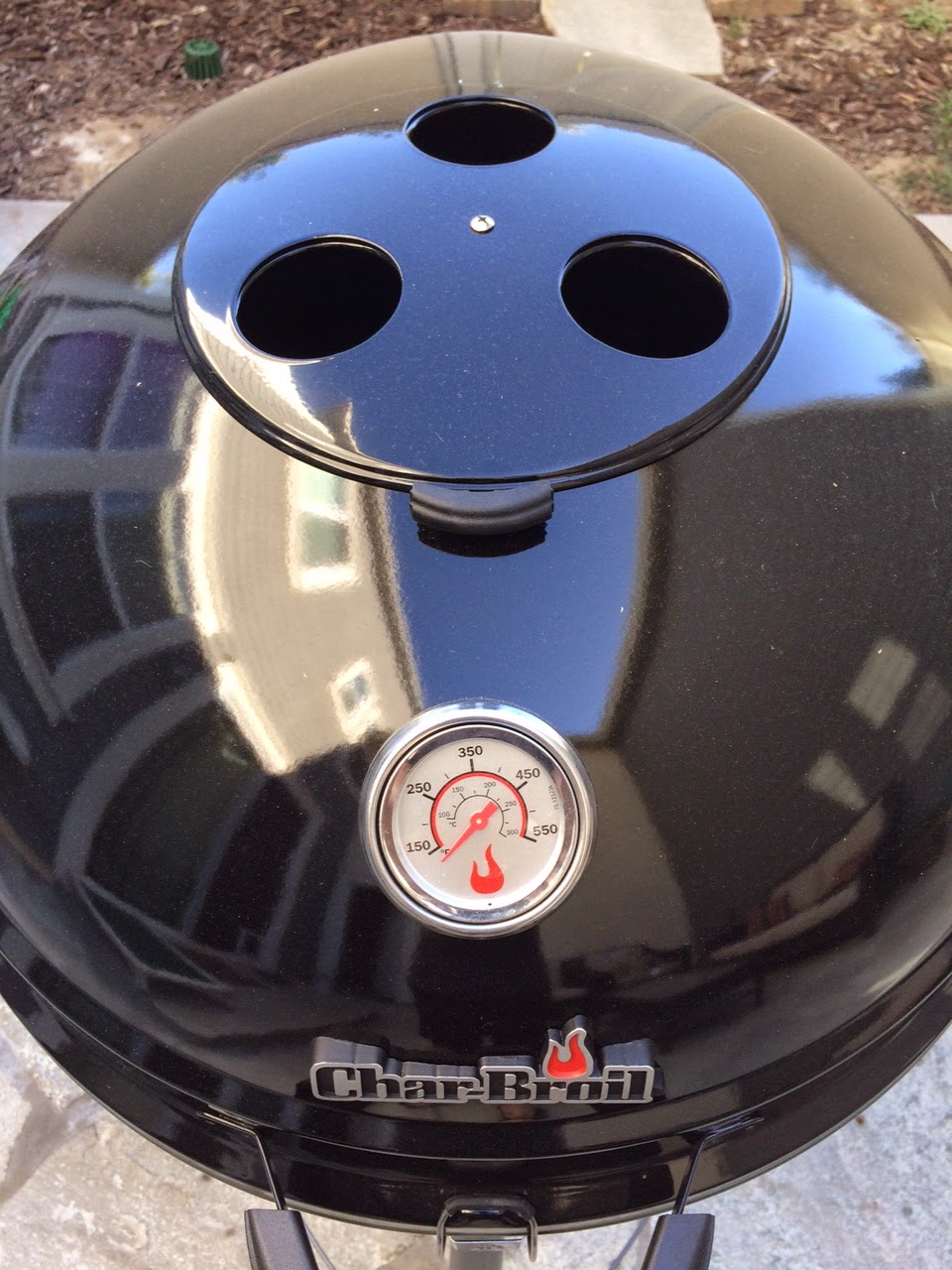 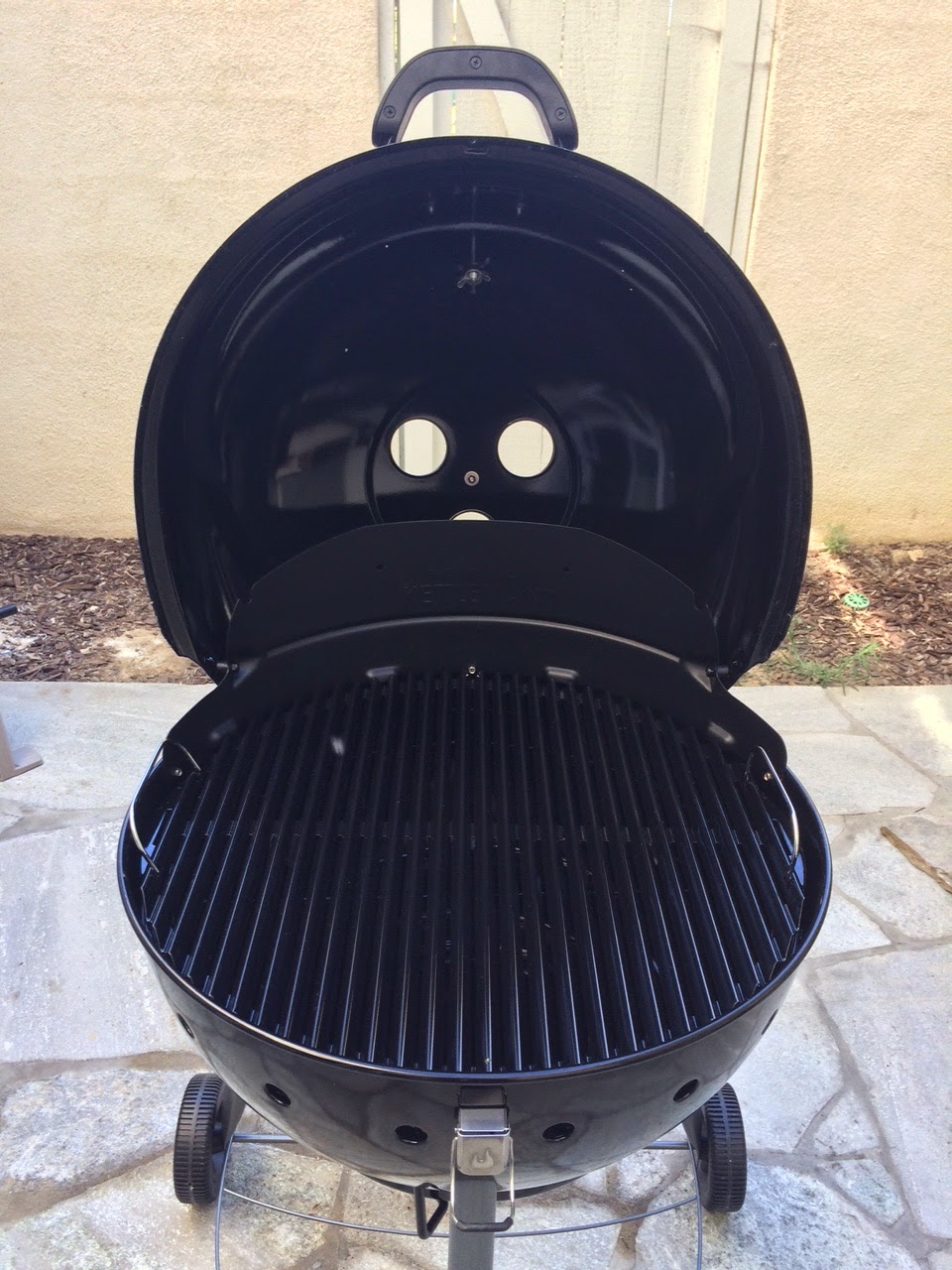 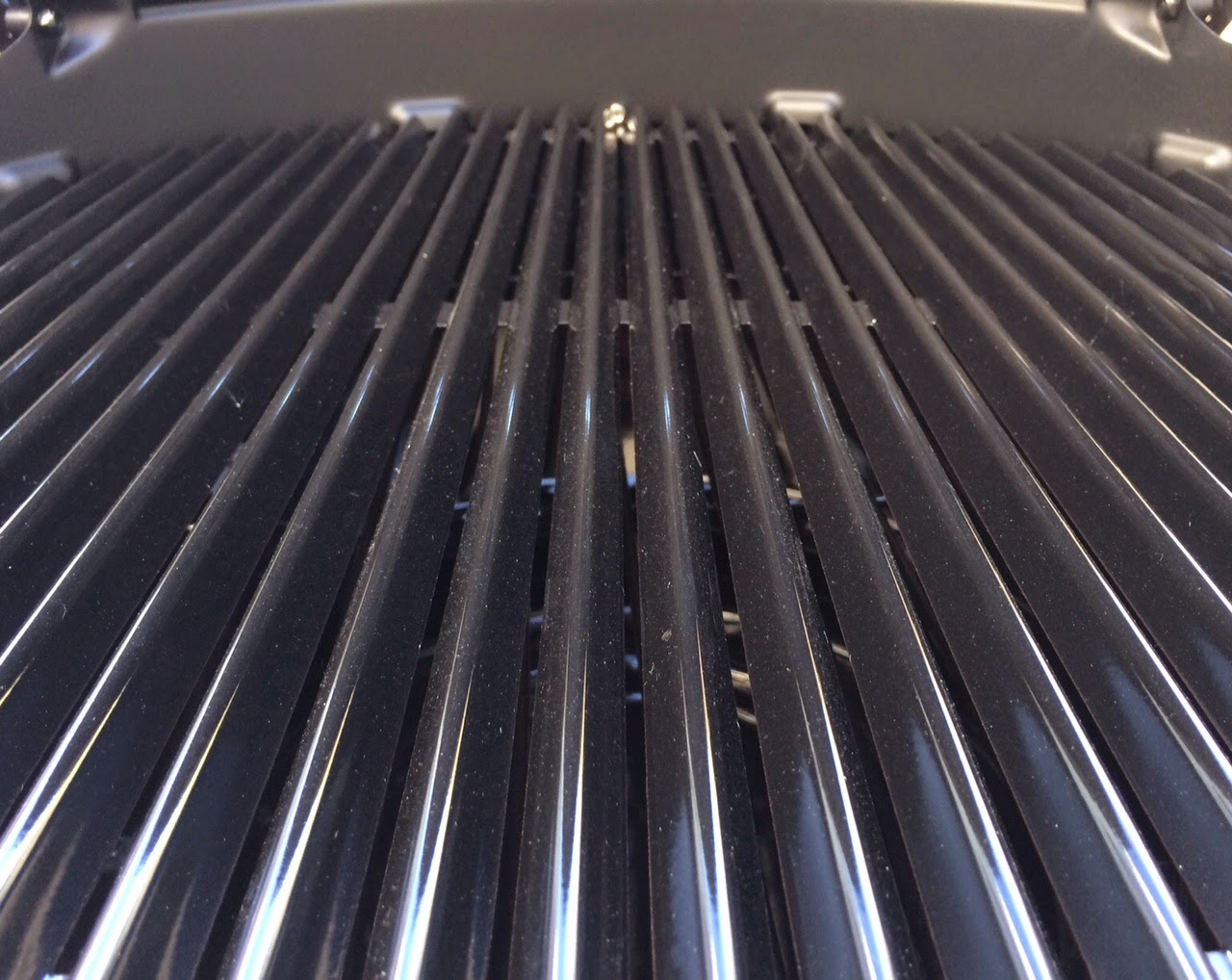 I really like the heavy-duty, porcelain-enameled cooking grate. It's definitely not a flimsy, thin cooking grate. It seems to really retain and evenly distribute the heat -- making some nice grill marks. Overall, the entire grill just feels very solid and stable. I can tell Char-Broil put some thought into the design -- especially around all the control features that make charcoal grilling fun and hassle-free.

Dirty Smoke Rating (4.0 out of 5 stars)
Price: $129
Where to buy: Lowe's or online at www.charbroil.com
Learn more about the Char-Broil Kettleman grill