As I mentioned in a previous post, the BBQ restaurant biz is a tough nut to crack. But according to the latest culinary trends report from the National Restaurant Association, BBQ is consistently on the top of food categories for a reason. America loves BBQ.

Lillie's Q is the latest entry into the BBQ scene in Southern California, more specifically Orange County. White napkins, a la carte menu, an expansive drink menu, are just a few indicators to let you know that this is an upscale BBQ joint. 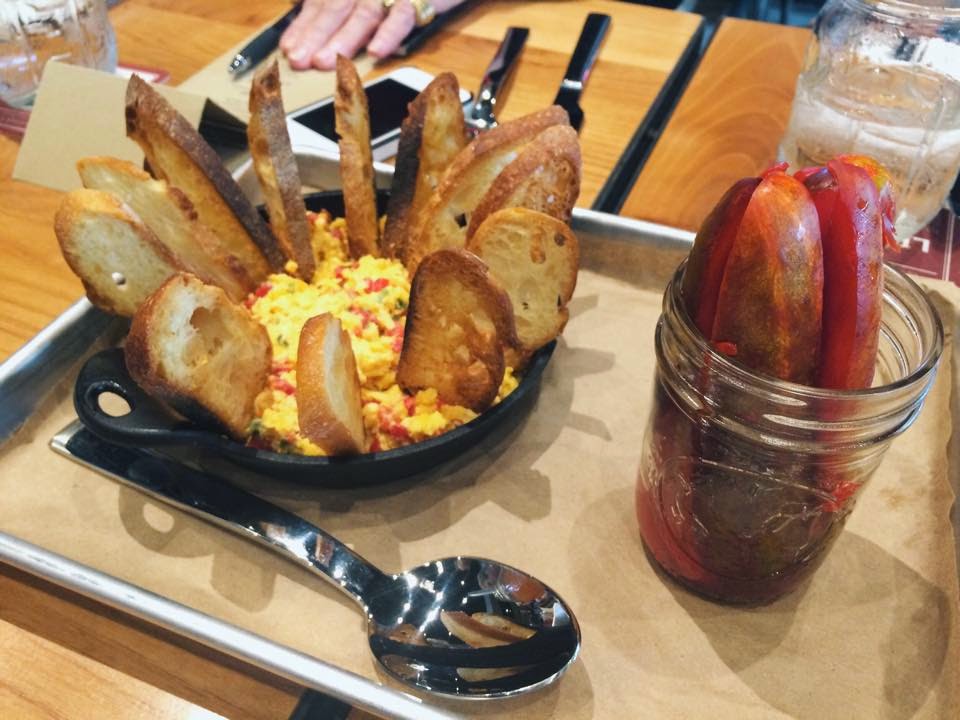 One item that might raise some eyebrows is the Kool-Aid pickles. As weird as it may sound, it's the perfect compliment to the richness of smoked meat. Cool and crisp, it's on the sweeter side vs. the sour tartness of traditional pickles. The beer battered fried pickles are a delicate balance of salty and sweet, while the pork rinds dusted with pimiento cheese powder is as addictive as they come. 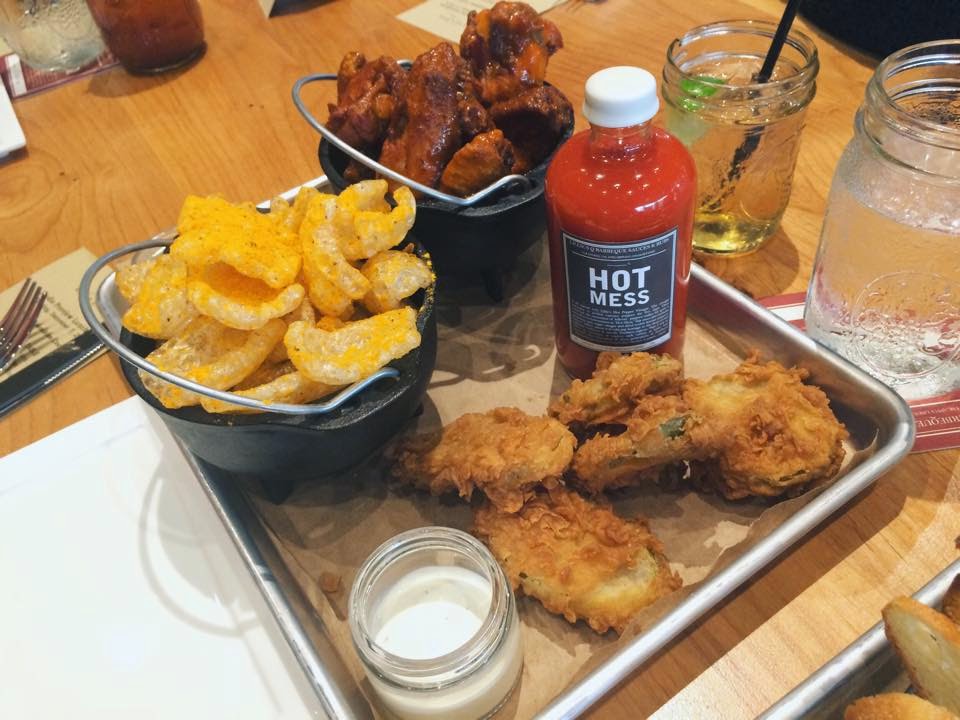 The smoked chicken wings could've used more smoke flavor, and it has more to do with the chef's philosophy more than anything else. Chef McKenna isn't a big believer of smoke overpowering the food, and it shows with his choice of strictly using peach wood for his commercial J&R smoker.

Lillie's Q offers three smoked meats -- baby back ribs, pulled pork, and tri-tip. The tri-tip is sliced on the thick side, and is a bit chewy when not sliced against the grain. Unlike brisket, it's a very lean cut of meat without a lot of fat and flavor. It's the perfect meat to go with BBQ sauce -- and Lillie's Q definitely has no shortage of sauces. 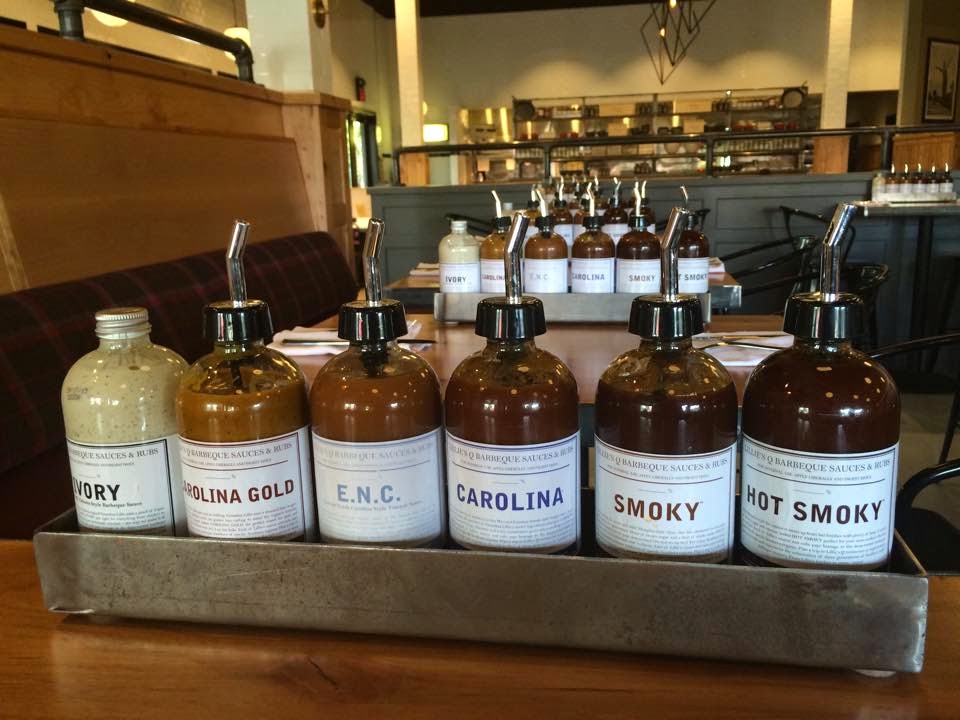 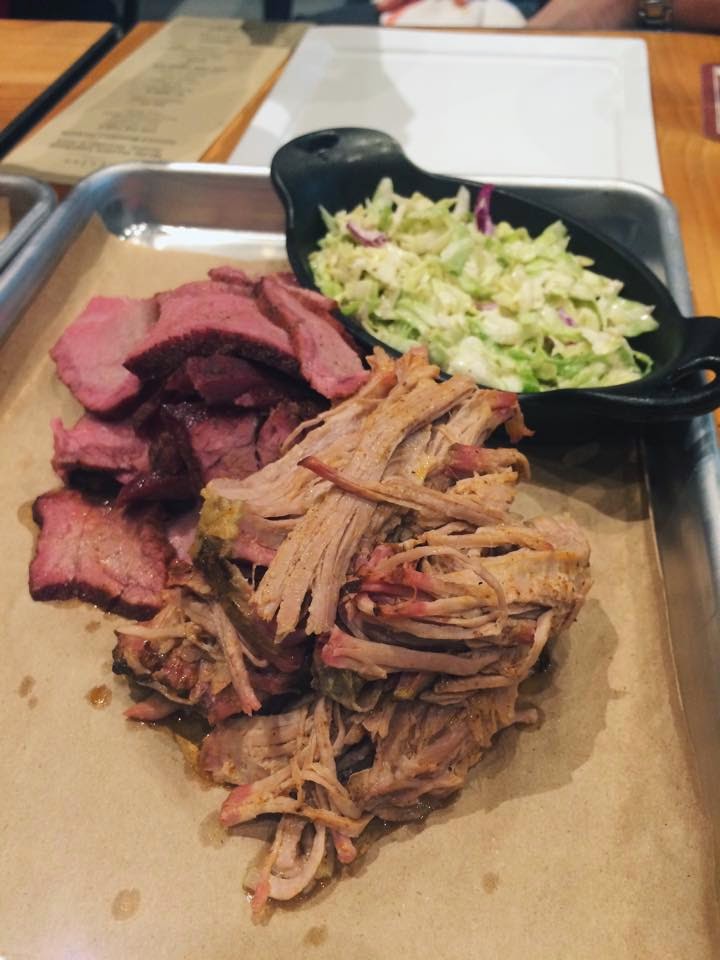 The Carolina Gold and the (Hot) Smoky are BBQ sauces tailor made for both the tri-tip and pulled pork at Lillie's Q. The pulled pork is excellent, especially when smoked with the delicate and mild flavored peach wood. The baby back ribs are very good, and smoked just enough so that the meat pulls off the bone without being overcooked -- which is how is should be. "Fall off the bone" = overcooked. 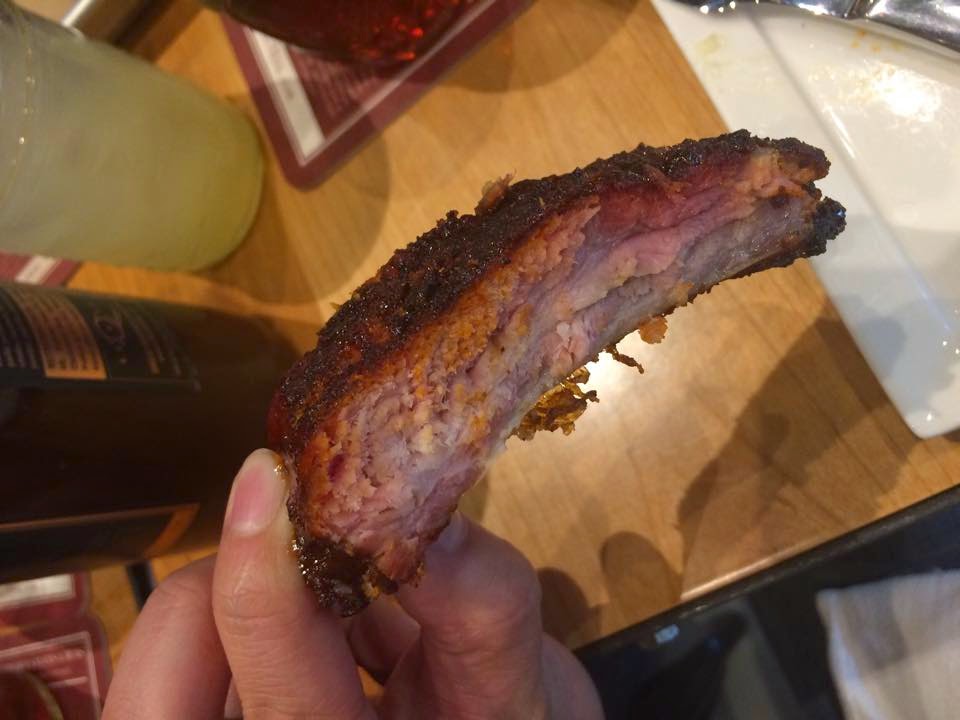 As a fan of spare ribs -- which are larger, meatier, and juicier than baby backs -- I was a bit disappointed that they weren't offered at Lillie's Q. Spare ribs are a little more forgiving during the smoking process, and are less likely to dry out. However, Lillie Q's baby back ribs were on point, with a flavorful bark on the outside. 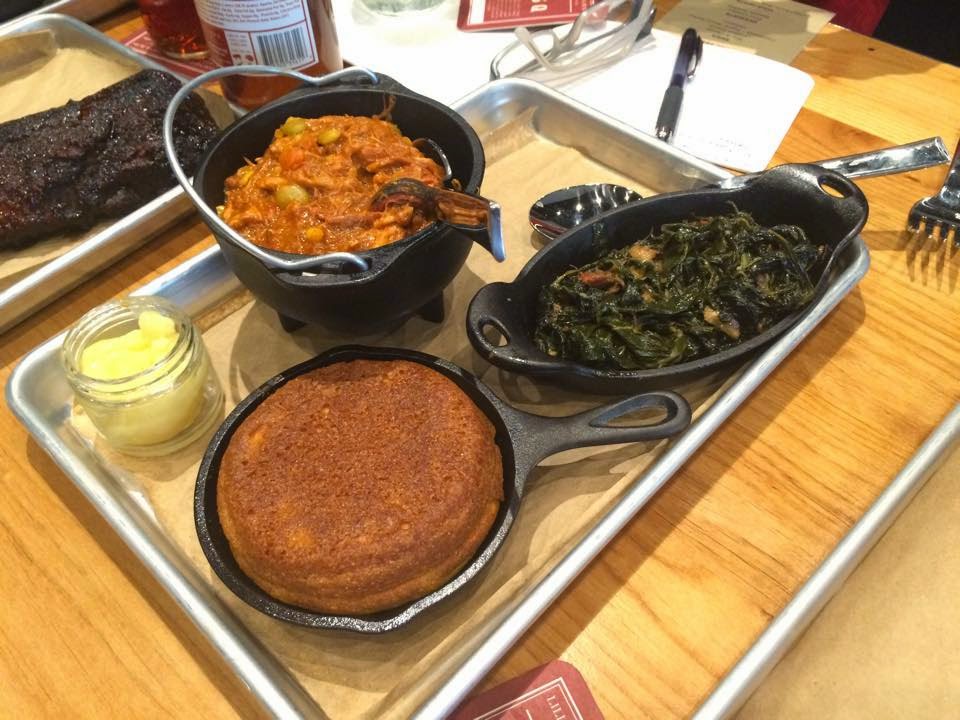 Lillie's Q has a variety of southern influenced sides to go along with their BBQ. Brunswick stew, collard greens, mac & cheese, green beans, just to name a few. The sides are generally on the salty side, and perhaps that's by design. There is a never-ending menu of alcoholic beverages to quench your thirst -- anything from craft beers to moonshine based cocktails.

For those not in the mood for 'Q, the shrimp and grits is Chef McKenna's favorite on the menu. It's definitely not for the light-hearted. The velvety consistency of the grits combined with the juicy, plump gulf shrimp will have you wondering just how many sticks of butter went into the dish. 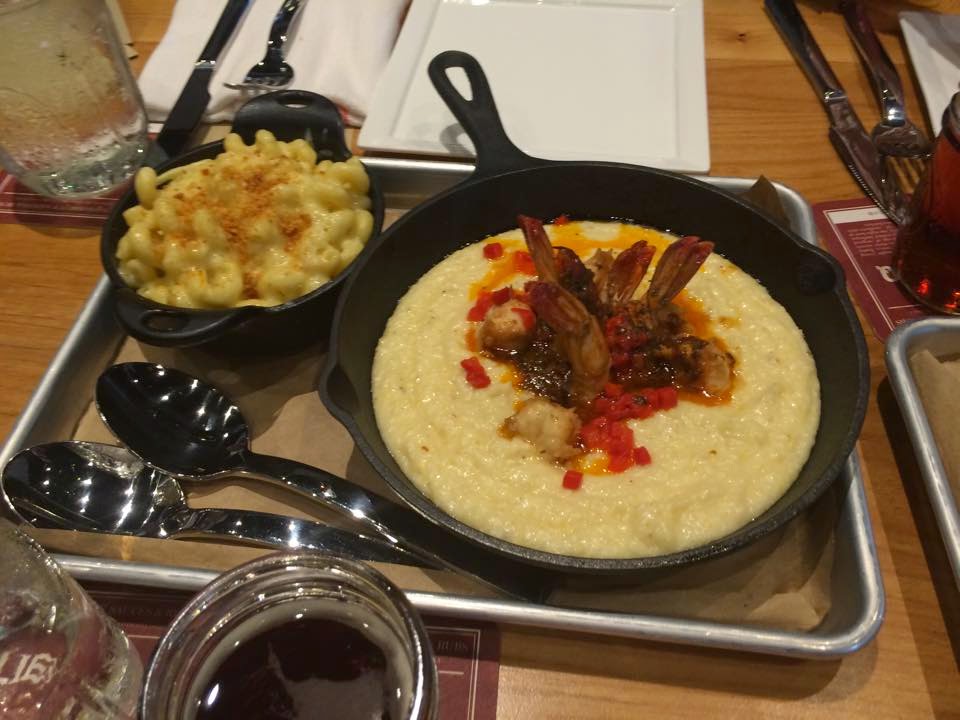 Judging by the early Yelp reviews, the challenge has begun to educate the masses on what "real" BBQ is supposed to be like. There will be people who will confuse tri-tip with brisket (which will be on the menu in the future), say that the ribs aren't "fall off the bone," or say point out the pink meat in smoked chicken as undercooked. Chef McKenna has accepted the challenge -- Kool-Aid pickles in hand.