I could wax poetic all day about Adam Perry Lang's (Chef APL) BBQ, but then I would get really, really hungry. Again and again. Chef APL named his 3-week long pop-up "Serious Barbecue," and it's both a playful nod and wink to those who fully appreciate the dedicated craft of low and slow, no-fuss, Texas-style BBQ. 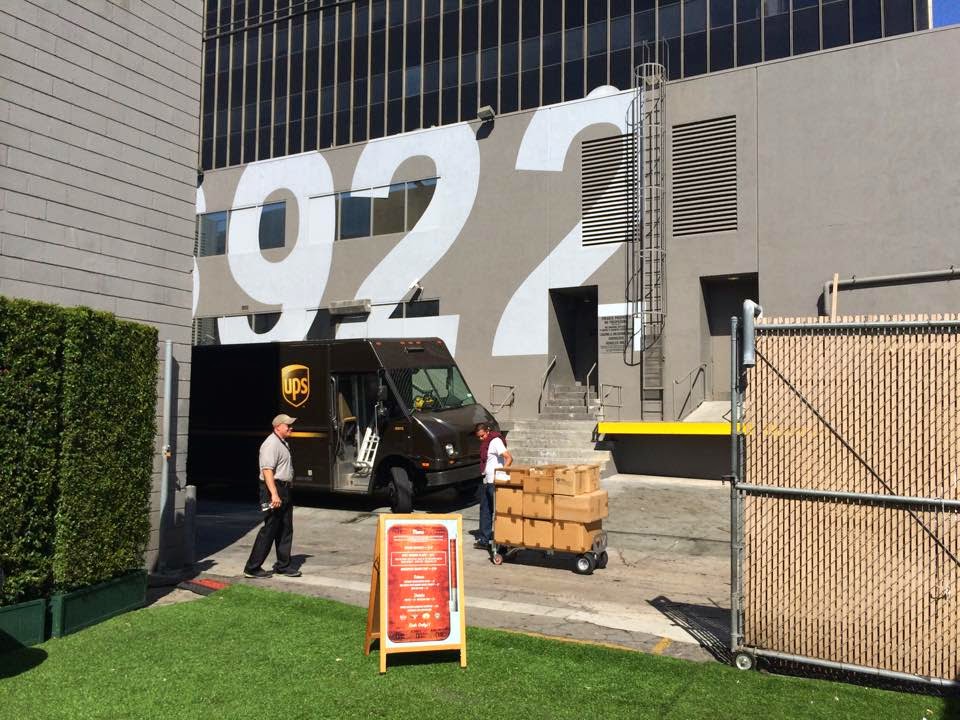 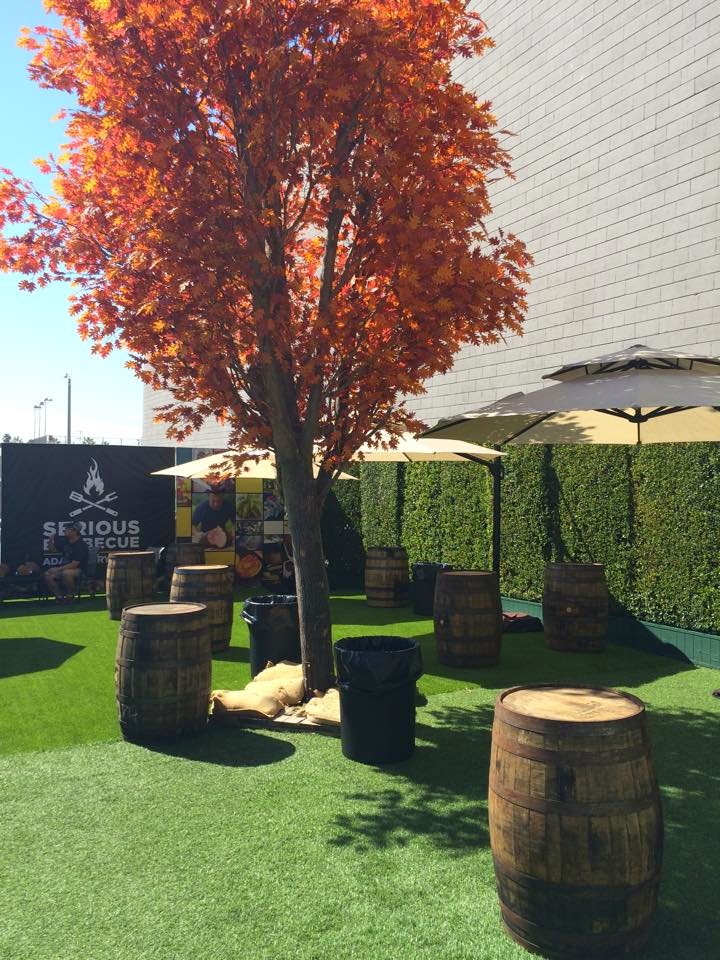 It was a little tricky finding the main entrance. After a small detour down an alley-way towards the Jimmy Kimmel Live! backlot, no more directions were needed. I simply followed my nose towards the smell of sweet BBQ smoke and the sight of bright green artificial turf. It was like stepping into a BBQ Twilight Zone, smack dab in the middle of Hollywood. 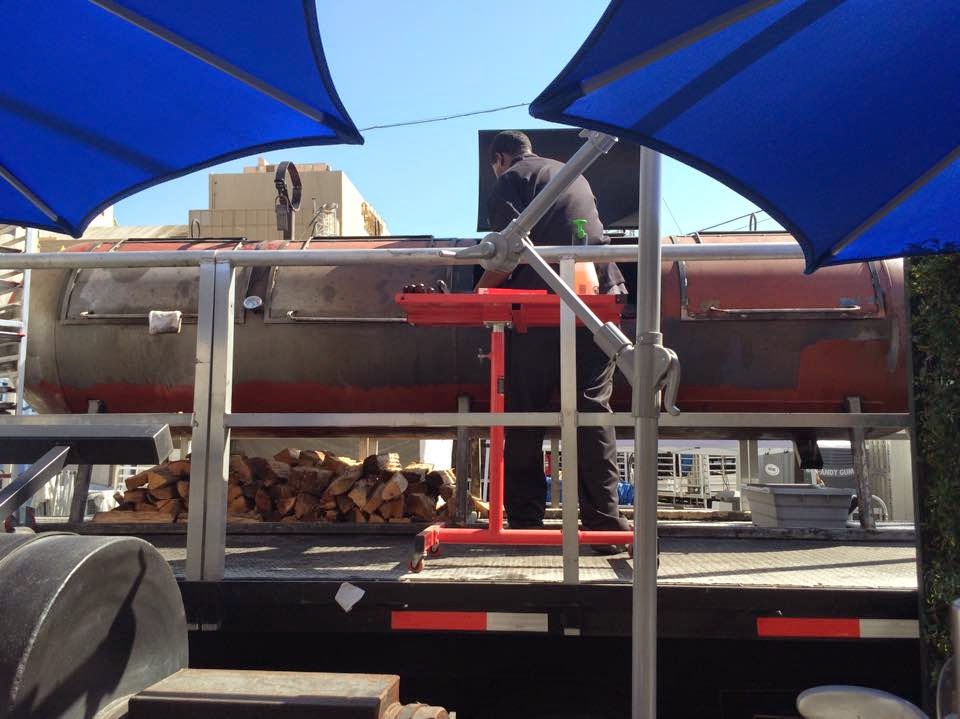 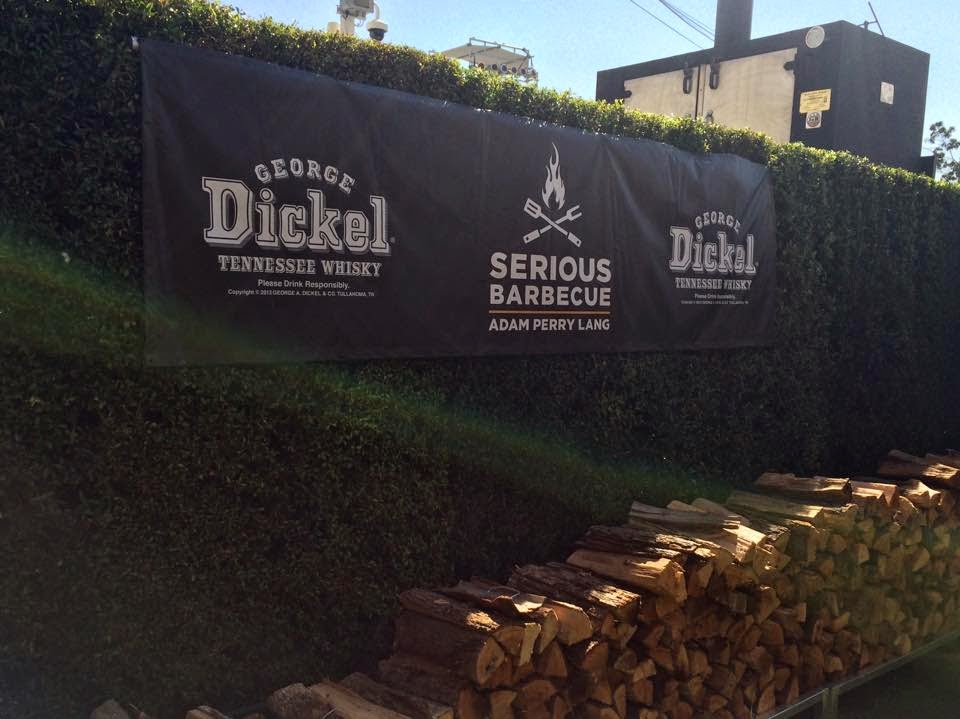 Chef APL makes great use of the limited space, with plenty of large umbrellas for shade, along with a few tables and chairs. Wooden wheelbarrows scattered throughout, serving as perfect side tables for BBQ-noshing. Looming in the back is a custom-built, massive steel barrel off-set smoker on a truck bed that his buddy Aaron Franklin (Franklin BBQ in Austin, Texas) personally built for him. Ah, it's good to be a celebrity chef. 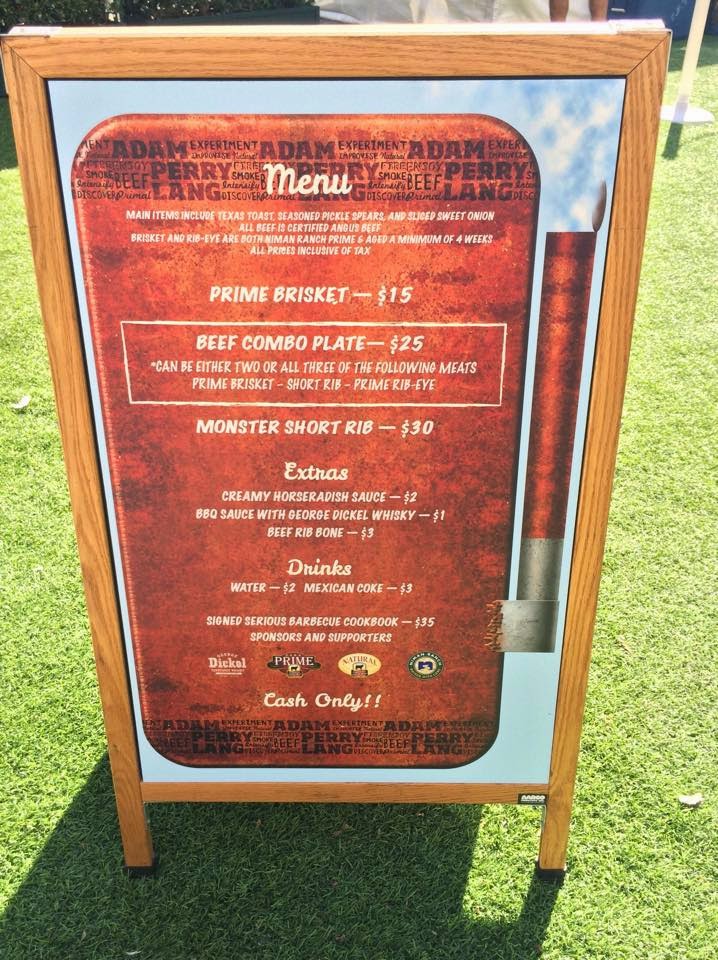 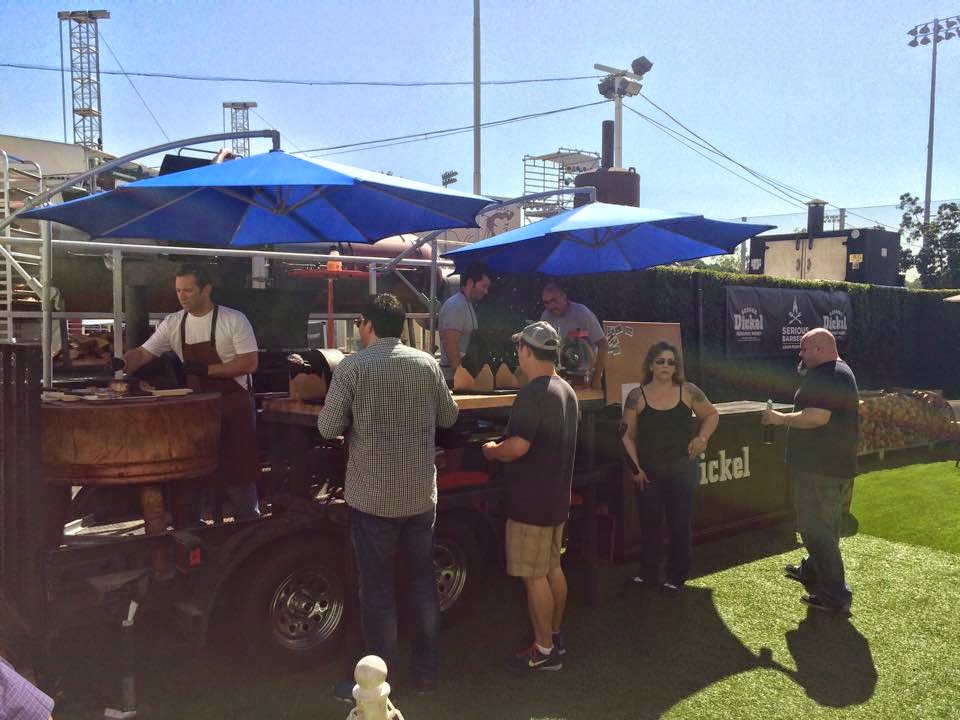 The menu is short and simple, highlighting beef in all its glory. Brisket, prime rib, and short rib -- all of the highest quality. This is Texas-style BBQ at its core, where beef is king. Best indication that this is serious barbecue? BBQ sauces are nowhere to be found (extra charge), but don't even bother. Good BBQ -- check that, great BBQ -- doesn't require sauce. That's how it should be. 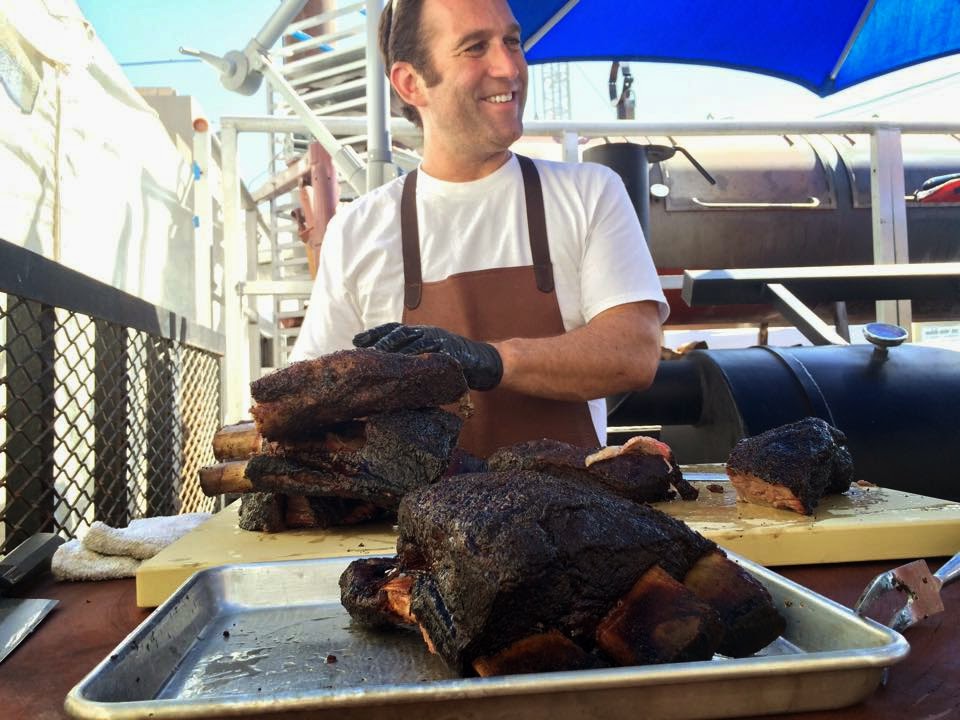 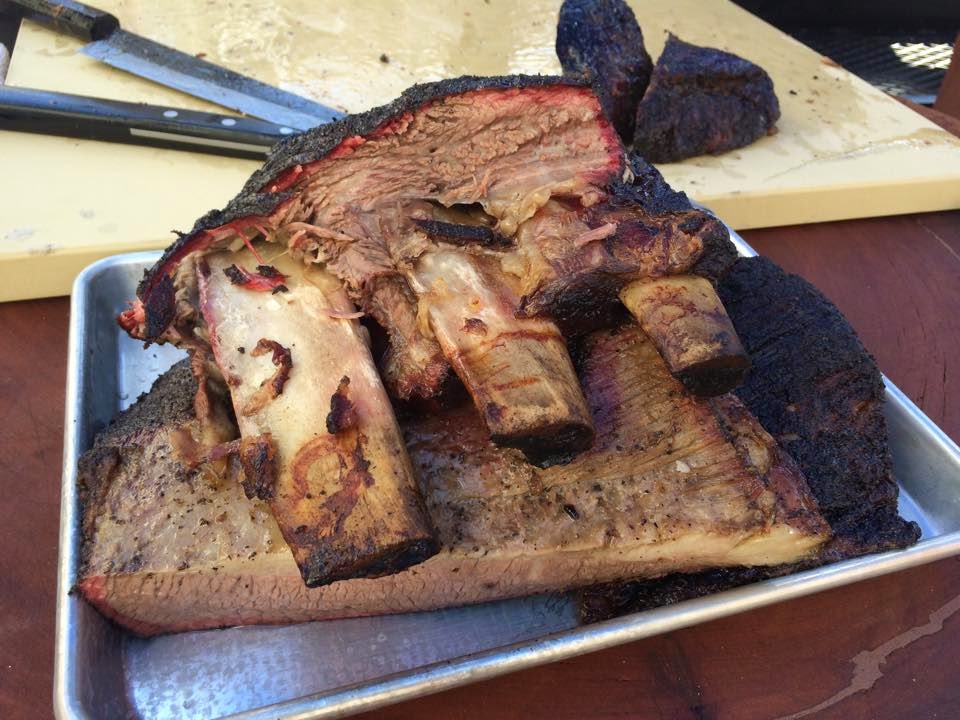 Hit up the ATM, because it's cash only. I ordered both the brisket plate ($15) and the monster beef short rib ($30). Perhaps the best part is being able to watch Chef APL in action, gracefully switching meats and hand slicing to order, except the shiny meat slicer for the prime rib. I could definitely tell this was a guy who was dedicated to maintaining the quality of every single piece of meat that went out. As a classically trained chef, APL puts his own subtle twist too. Each piece of meat that goes out is finished off with a sprinkling of salt (not fleur de sel, his latest ingredient obsession). 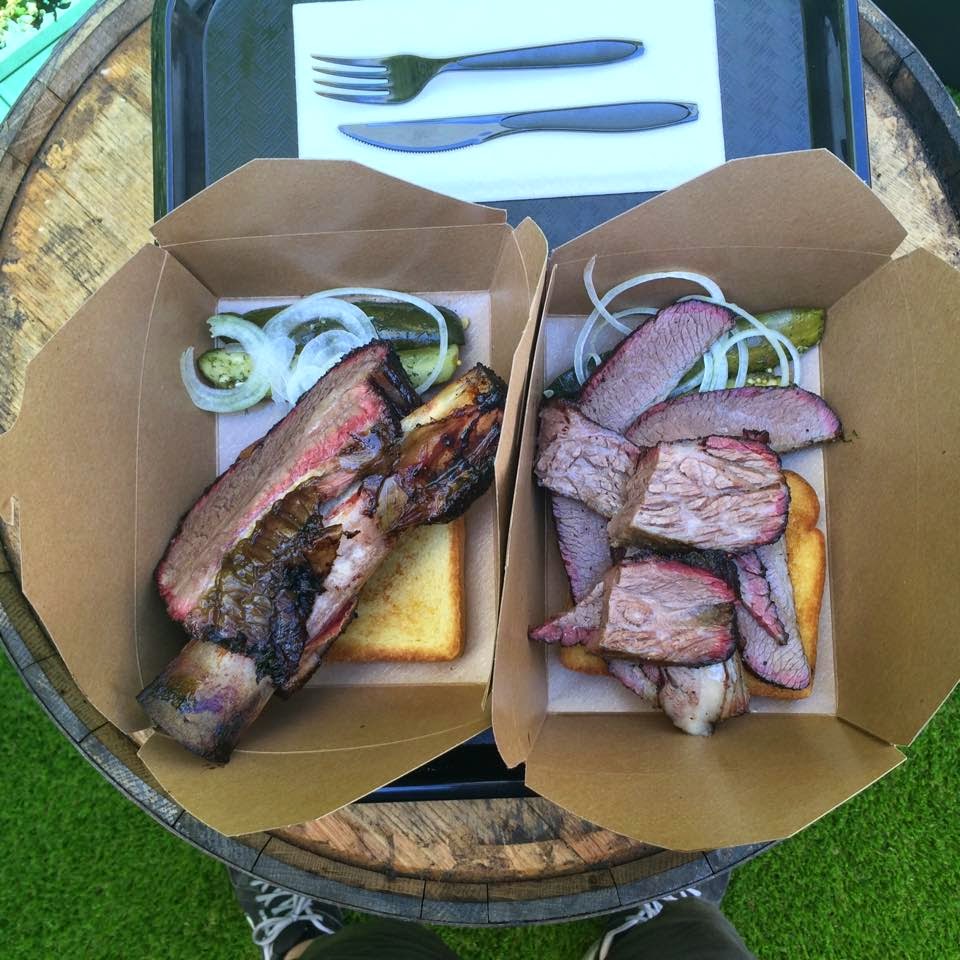 Every plate comes with a side of sweet pickles, onions, and Texas toast -- perfect sidekicks to the main star of the show. Both the flat and and point (fatty) brisket are included, about a pound of meat. No complaints about skimpy portions here. The fatty brisket slices were tender and juicy -- this particular cut of brisket contains the most amount of fat. Fat equals flavor. This is where Kansas City diehards cube them up for burnt ends. 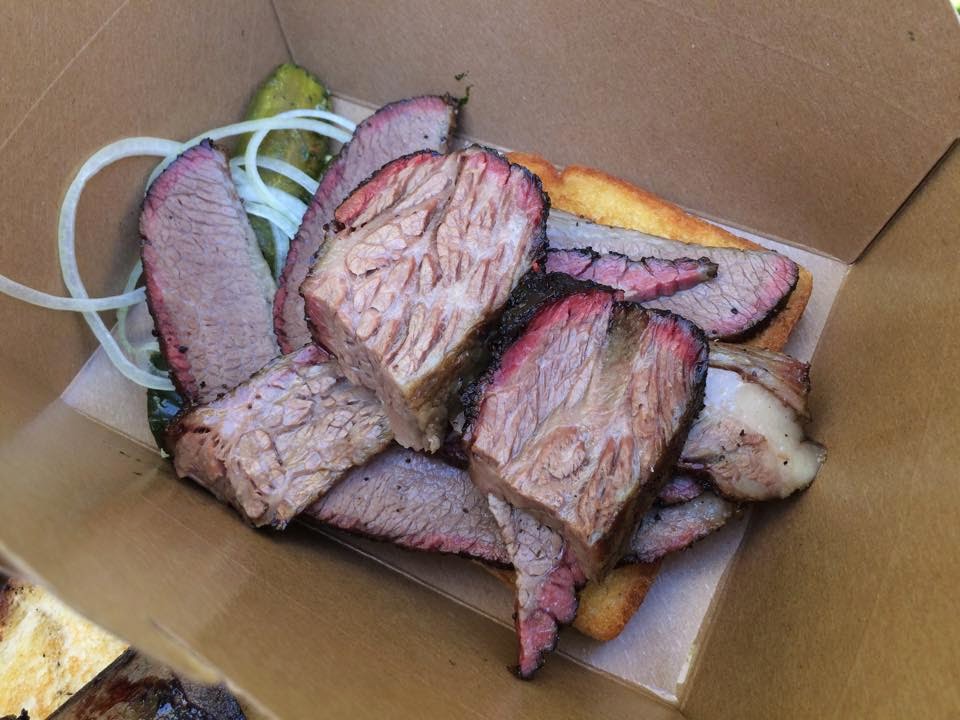 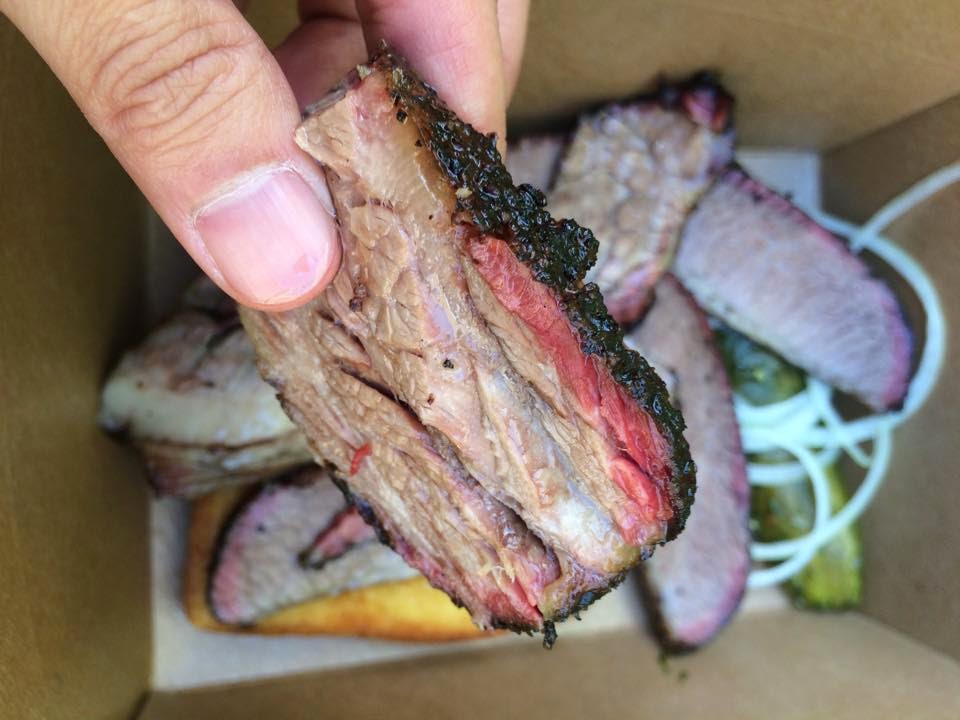 On the other hand, the flat slices that I had were slightly chewy. But it wasn't like chewing on shoe leather, this was still very good. Chef APL uses pecan wood, piled high and proudly displayed next to his logo. The BBQ isn't overpowering with smoke either, something that can be attributed to lighter woods like oak and pecan. After using stronger flavor woods like apple and hickory for the majority of my backyard smoking, I'm really starting to love the subtle flavor that pecan wood imparts on meat -- a combination of sweet, smoky, and nutty. 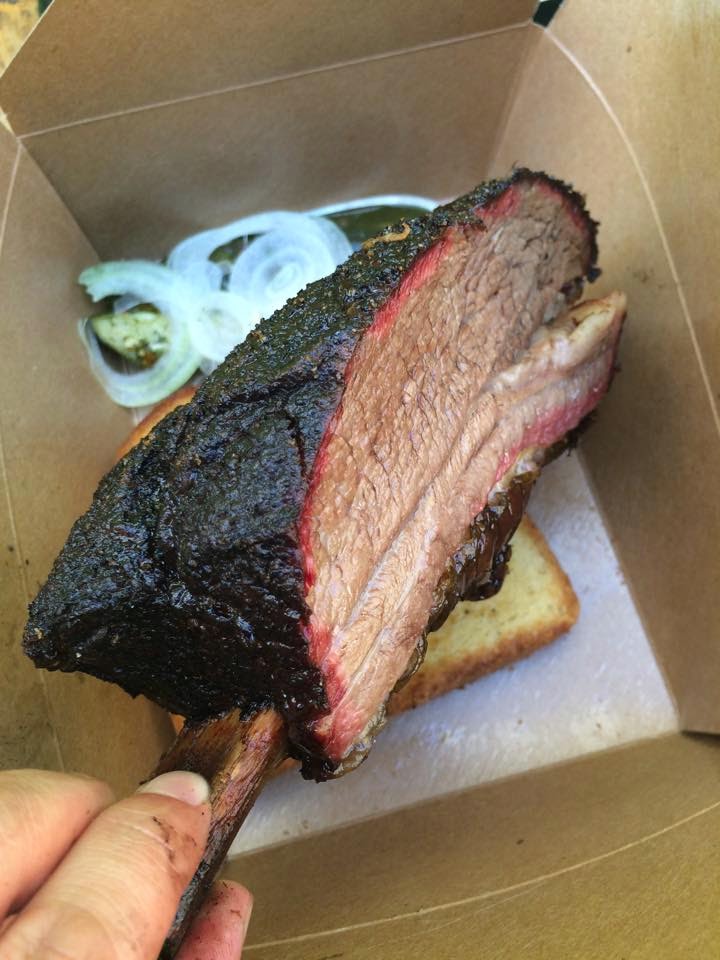 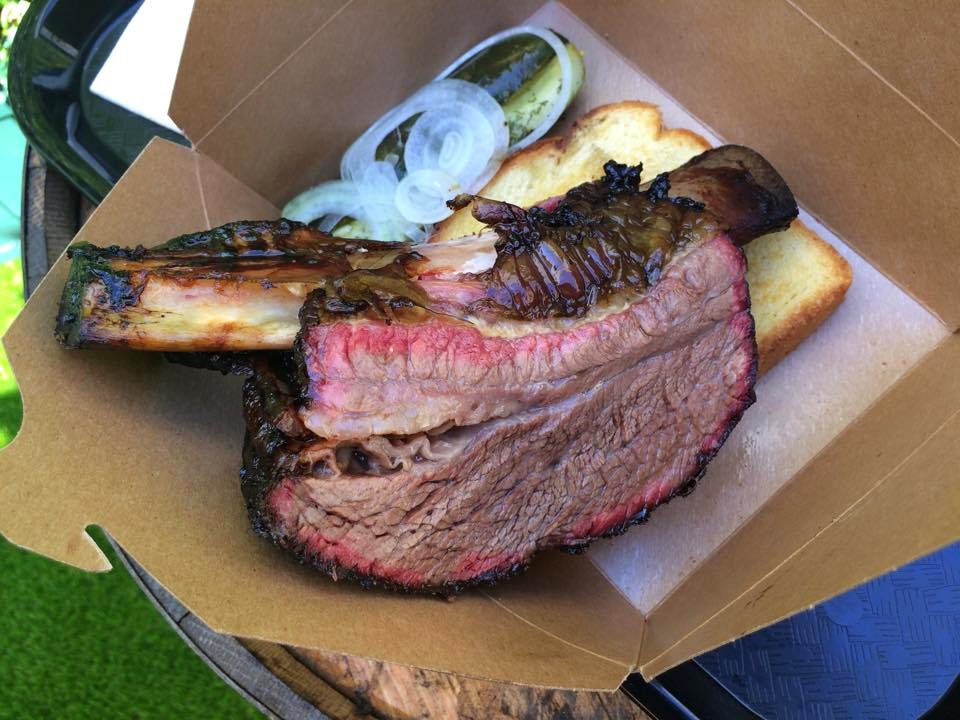 The monster short rib is just a sight to behold -- the ultimate beast on a stick. If this isn't serious barbecue, I don't know what is. It had to weigh at least a pound, maybe even two. Wonderful bark on the outside, with succulent, juicy meat on the inside. The gorgeous, bright pink smoke ring on a monster short rib on bone is just plain sexy, begging to be Instagram'd.

Upon leaving, I thanked Chef APL for his dedication to high quality BBQ and that I drove an hour from Orange County just to try his BBQ. I boldly proclaimed that his brisket was right up there with Franklin BBQ, sans the 2-hour wait with PBR-drinking hipsters at the crack of dawn. With a hearty laugh, he let me know that his BBQ restaurant in the downtown LA area will be coming soon. It couldn't come soon enough.

Judging and attending the American Royal has been on my bucket list for the past couple of years. The American Royal is dubbed the World Series of Barbecue for good reason. It's the largest BBQ event in the world located in Kansas City, MO, with over 550 teams competing. Yes, 550! There are festivals, demos, music, concerts, just to name a few. I hope to make the trip next year.

An event this huge wouldn't be possible with the help of various sponsors in the industry. BBQ is a multi-billion dollar industry, and everyone is looking to elevate their marketing game to sell their own BBQ products. I came across a collaboration between BBQ Spot and the American Royal that should really excite the competition.

“BBQ Spot and The American Royal World Series of Barbecue® have announced a new partnership, launching the Championship Rub Program. The program was developed to bring the American Royal experience that Kansas Citians know and love to the rest of America. One winning team from each of the four categories – beef, pork, ribs and chicken – will have the opportunity to manufacture and market their award-winning rub recipes to stores nationwide and BBQspot.com. The new line of rubs will be available in time for the 2015 barbecue season.”

The BBQ rub and sauce market is a cutthroat, competitive business. Think you have the best BBQ sauce or rub? A secret, family recipe that everyone enjoys? You could easily bottle up and manufacture your own BBQ product -- that would be no problem. The tough part is marketing your product, and getting it into stores, and spreading the word so that consumers can buy your BBQ rub or sauce. 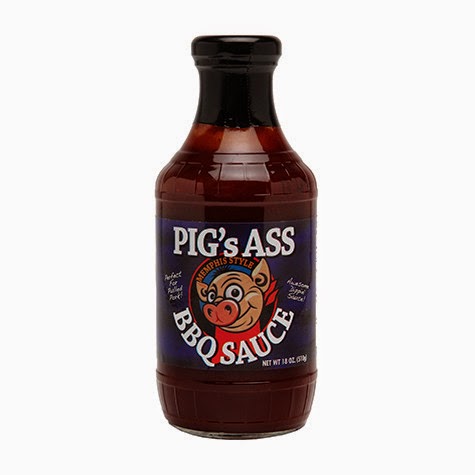 But if you're a celebrity chef or BBQ champion pitmaster, you obviously have a leg up on the competition because of name or brand recognition. Winning the American Royal would definitely catapult an obscure BBQ competition team into the spotlight. There's no better way to take advantage of that success than to sell your own BBQ rub.

Winners from the 2014 American Royal will have the chance to manufacture and market their own recipe BBQ rub, just in time to go on the shelves of national grocery retailers for the 2015 BBQ season. For the "little guys," that's a huge advantage and head start over the crowded BBQ rub market.

For more information, check out http://bbqspot.com/pages/american-royal.