As the cliche goes, time really does fly. About a year ago, I traveled to the Lone Star state with only one goal in mind -- to eat enough BBQ so that my pores would reek of smoke. That didn't exactly happen, as I only visited four places. Call it a mini BBQ crawl, if you will.

I wrote about my experiences with Franklin's and Smitty's, but I never got a chance to write about Black's BBQ -- Texas' oldest, family-owned BBQ restaurant. Well better late than never, right? 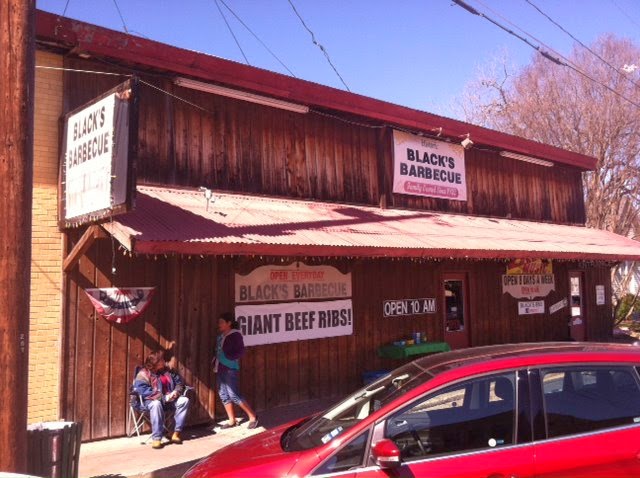 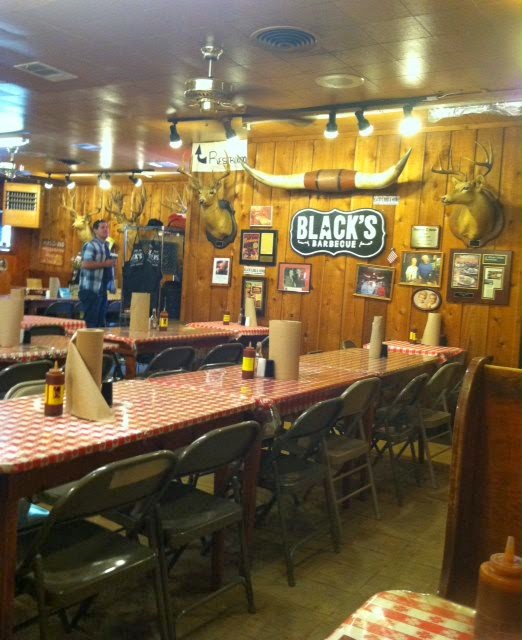 Lockhart is about a half hour drive south from Austin, and I made sure to carve out some time during the short trip. Unfortunately, Kreuz Market was closed (Sunday), so I was a bit disappointed that I wouldn't get to complete the "holy trinity" of BBQ in Lockhart. 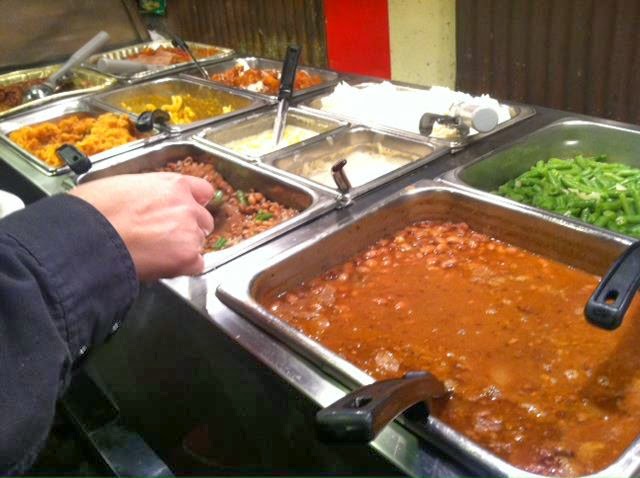 Other than the kid who tried to sell Girl Scout Cookies by the front entrance, what stood out about Black's BBQ upon entering the restaurant was the seemingly endless row of side dishes. Beans, mac and cheese, green beans, the list goes on. It was tempting, but I had to resist. This was second lunch and my stomach could only hold so much food. I had already visited Smitty's BBQ a few minutes earlier! 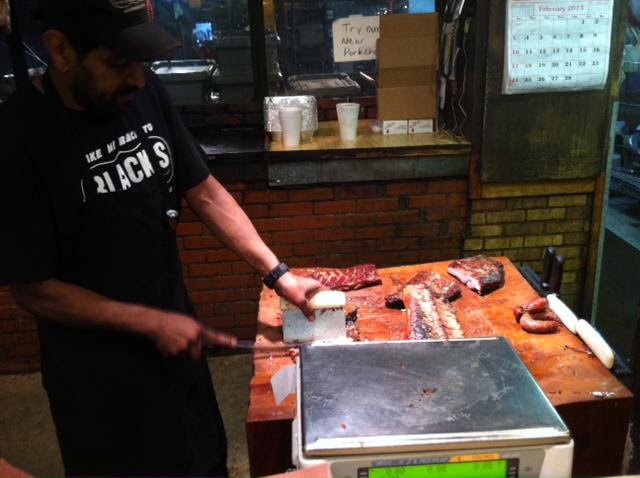 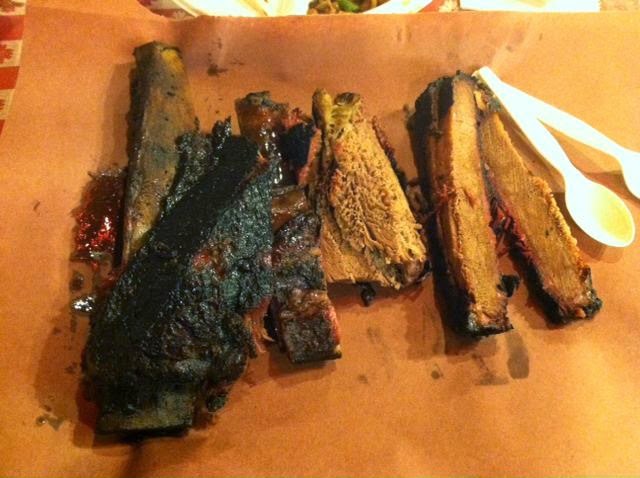 The guys working the restaurant were real friendly, and immediately made me feel at home. Unlike Smitty's, where nobody cracked a smile and the atmosphere was more akin to a mortuary, eating at Black's just felt like eating at your relative's house in Texas. Except that this relative loves to hang deer head and giant long horns on the wall.

We ordered a giant beef rib and a couple of spare ribs to go along with a few slices of brisket. Everything was excellent. Good smoky flavor, tender meat, and nothing was dry. The giant beef rib was the clear winner -- the peppery flavor from that crusty bark sent shivers down my spine as I gnawed on the giant dino-sized bone. Black's BBQ is definitely worth a visit, and one of my favorite BBQ restaurants thus far.