On a sleepy weekend afternoons, I love watching reruns on the food or travel channel. It not only makes me drool while taking a nap (TMI?), but the shows provide ideas for recipes. On the Hot Dog Paradise show on the Travel Channel, I will always remember that elderly owner of the SuperDawg restaurant in Chicago telling the audience in a matter-of-fact tone, "Ketchup packets will be provided upon request, however we will NOT apply it." The way he said just made me chuckle.

I bring that story up because the world of condiments plays an important part in food. Depending on which part of the country or world, it's always interesting to see how some condiments are more popular than others. Ketchup and mustard are pretty universal throughout America for hot dogs and burgers. But hey, that can get boring. There's so much more out there in sauces, relishes, and other toppings to give your food some added flavor. 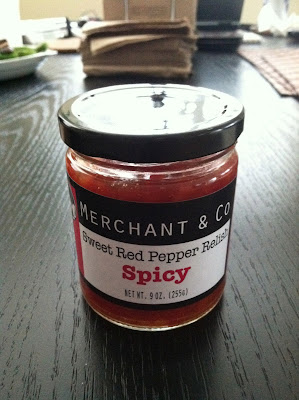 Taste
On its own, the original version of the relish had a good amount of sweetness with an ever-so-slight hint of tartness. By looking at the ingredient list, it is no surprise that sugar is the second one listed, followed by apple cider vinegar. The spicy version of the relish includes habanero chile, and only provides a slight kick in the end. On a scale of 1-10 spiciness, I would give it a 2 or 3. As someone who loves spicy foods, I would've liked to see the spice level go up a few notches. 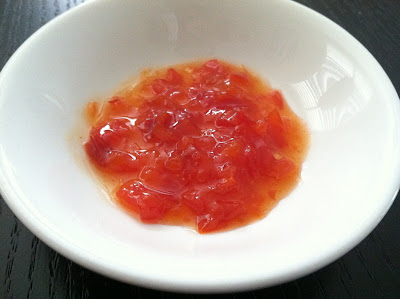 Appearance
The jar and label design is subtle, letting the bright red hue from the relish shine through. As for the relish itself, you can see the freshly diced sweet red bell peppers -- giving it some nice texture on whatever food you choose to place it on. If this red relish were to be used with that neon green relish, watch out -- you would have some Christmas relish on your hands! 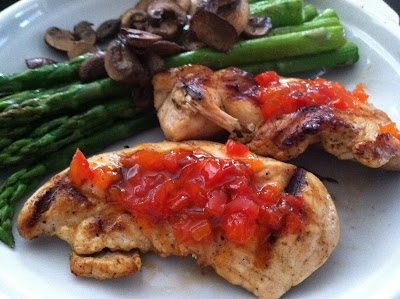 Dirty Smoke Rating (4 out of 5 stars)
It should be no surprise that the relish works great on hot dogs and burgers. But I recommend using the relish in place of ketchup or any sweet sauce, as the relish already adds that sweet element. Another would be double the sweetness. On sandwiches, the relish would go great with the smooth and creamy avocado. The sweet and spicy relish is also a nice compliment to contrast some of the smokiness of BBQ grilled meat -- either some chicken or pork chop.