Watermelon is probably my favorite fruit of all time. It's the perfect way to end a BBQ meal and it just makes you want to go pee every other minute. Plus, it's fruit, and everyone could stand to eat more fruit these days. I also take pride in going to the local grocery store or Costco to pick out the best one. Everyone wants a watermelon that's super juicy and sweet, but how do you know without slicing it open? 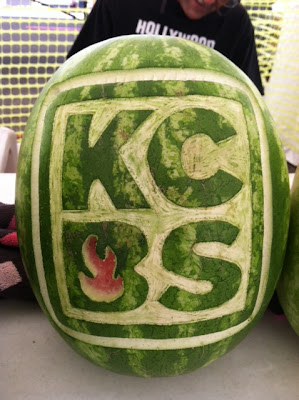 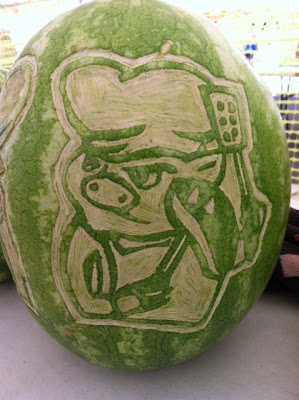 Well, everyone has their theories and own way of doing things -- but I like to tap the watermelon several times like a congo drum. If the result is a deep sound, then that means it's more ripe and juicy with a higher water content. In all my years of picking out watermelon with the congo drum method, I would say my success rate is about 90%.

At the market, I get the occasional weird look, but surprisingly not very many people do the congo drum method when picking out watermelons. I see people just randomly selecting one, thinking that they are all good. Also, you should also pick the watermelon up -- you want the biggest and heaviest watermelon you can get. If you have leftovers, no big deal -- just blend it up and make a slushie or granita.

I'm talking about watermelon because I attended and judged the first annual Ribs, Pigs and Watermelon Summer Festival and BBQ Competition in Westminster, CA. It's a 3-day event organized by American Family Housing, which helps those in need with much-needed shelter. I thought that the event had some very reasonable prices, of which the proceeds go to a very worthy cause. They even had free watermelon throughout the event! 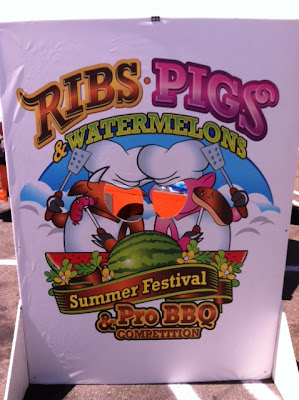 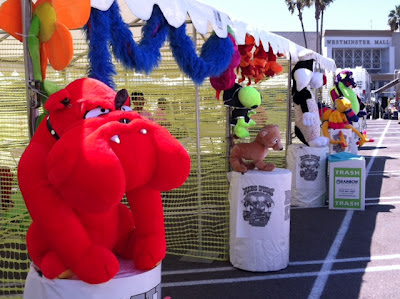 For their first event, I thought it was well-organized -- the layout was good, and I liked how everything wasn't completely spread out too far from each other. It just felt like a cozy, hometown BBQ event -- just a very hot one! Since it was in the parking lot at the Westminster Mall, it was scorching hot during the afternoon hours, so mostly everyone took refuge in the shade from the large tent nicknamed the "Watermelon Zone." 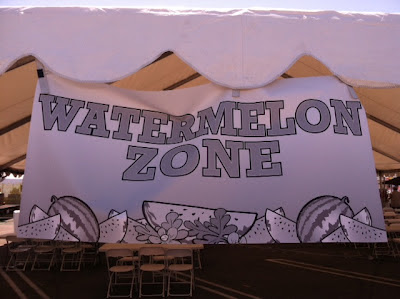 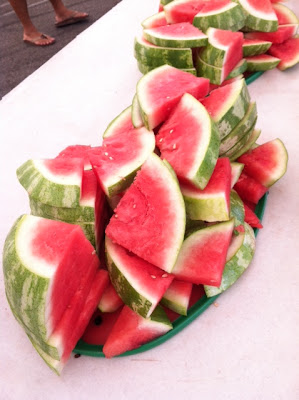 As always, it was good to catch up with familiar faces. OC Weekly's Shuji Sakai gave me plenty of tips and recommendations for my planned trip to Austin and Lockhart, TX next year. Mr. Slap Yo Daddy himself, Harry Soo, just returned from a competition and training students in the UK. He's got some awesome giveaways on his website, so check those out. 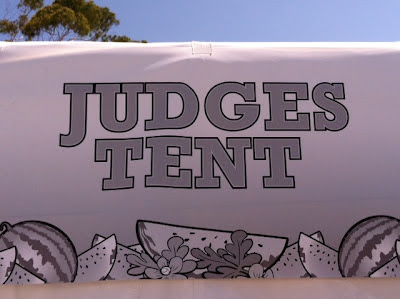 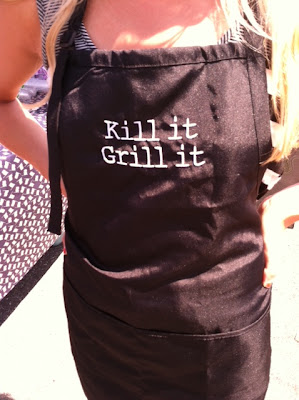 As far as judging, it's always fun meeting new people because you always sit with random people at random tables. Everyone may be quiet strangers at first, but after several hours together -- it's the common bond and love for BBQ that has everyone talking. It was even cool to find out that the person who sat next to me at the judging table was one of my blog readers. This competition marked my 5th competition that I judged -- hard to believe it was only a few months ago that I was a BBQ judging rook. 'Til next time!