As a foodie and BBQ enthusiast, it's only natural that I love watching food-related shows like Top Chef and BBQ Pitmasters. But I have to admit -- I'm also a bit of a reality show junkie. I like shows that bring some insight and knowledge into a profession. Of course, now there's a network dedicated to reality shows called truTV. 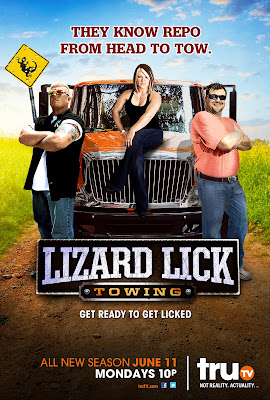 What caught my attention recently is their show Lizard Lick Towing. I've always wondered what the repo business is like. If you ever stop making payments on your car, or if you're in debt, some of your belongings will be snatched away to help pay back what you owe. So who does the snatching, and what is that really like?

That's where Lizard Lick Towing comes in, as they go around repossessing vehicles and machinery on behalf of lien holders. It's a crazy job because they not only have to track down and repossess the property, but they also have to encounter the irate owners who will stop at nothing to prevent their stuff from being taken away. 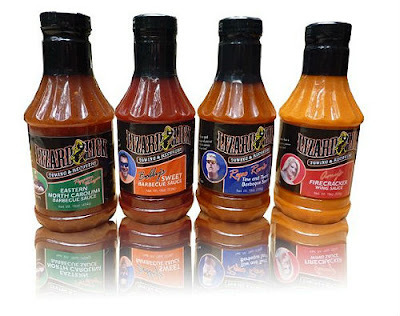 The owners of Lizard Lick Towing, the Shirleys, have their own line of BBQ sauces. Since their business is based in North Carolina, you can bet that the sauce will have that North Carolina influence. I'll review their sauce to see how it tastes in a future post.

Since 2010, I've attended the OC BBQ Festival at the Orange County Fairgrounds. Even though I was just a BBQ newbie back then, I always had an interest in the art of low and slow BBQ. I wondered, what does it take to participate in a BBQ competition? What kind of skill and experience is required?

Of course in the last year, I took it upon myself to learn as much as I could about BBQ. Now as a judge in this year's OC BBQ Festival, I'll definitely have a brand new perspective in the world of competitive BBQ. As a cook, it's no easy task -- a lot of it is knowing what flavors the judges like. The BBQ world is a relatively small community, so you see the same teams (and judges) over and over again.

Check out some pics from last year's OC BBQ Festival. 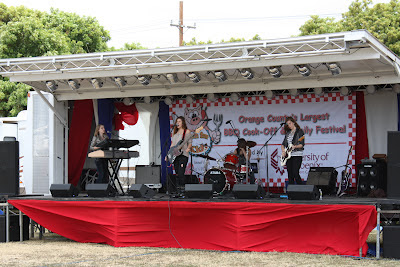 The 2012 OC BBQ Festival is by far the largest yet, spanning two days and featuring about 70 teams vying for a piece of the money pie. Organized by Kristie's Foundation, all proceeds go to the charity, so it's definitely a worthy cause and you're chowing down on some lip-smacking 'Q.

In past years, the event was relatively low-key and not really that crowded. To be fair, there wasn't all that much to do besides walk around, eat, and listen to teenage bands play (with Sugar Ray playing this year, it will remind me of my 'ol college days). This year, I anticipate a huge turnout with all the planned family-friendly activities. So if you plan on going -- go early and avoid the long lines. Although long lines is usually a good sign that the BBQ is good and worth waiting for. There's even been some TV coverage promoting the event. Check it out here.

As the OC Weekly mentioned, BBQ competitions have really taken off over the last several years because of TV shows like BBQ Pitmasters (season 3 is fantastic, I'll write more in a separate post).

But I have to say, if it wasn't for judging this event (and an extra few hundred dollars laying around), I would be out in New York City this weekend, where a huge BBQ block party is going to take place at Madison Square Park. It's called the Big Apple BBQ Block Party, where they've invited dozens of famous pitmasters from almost every BBQ region in the country.