There's always a core group of Orange County, CA residents who love going to the OC Fair when mid-July rolls around, smack dab in the middle of the hot and sweaty summer. This year is no different. Yesterday was opening day, so I decided to check it out since the first hour was free admission. Every year, there's a different theme and this year, appropriately enough, it's "Let's Eat."


The OC Fair has its fair share of decent attractions and overpriced carnival games, but it is first and foremost a foodie's paradise -- chock full of deep fried concoctions that will make your arteries contract at the mere sight. There's always something new being introduced, and this year the hot item is Deep Fried Kool-Aid. 5 pc for $6.75. I tried them, and they are actually not bad at all. They taste like kool-aid (or strawberry, cherry, etc) flavored donut holes or mini round cakes, and they aren't terribly sweet or greasy. It could use a little dipping sauce on the side -- Kool-aid glaze or reduction, anyone?


As you might expect, the BBQ scene at the fair is weak. Everything is essentially mass produced on large grills, like from this company, so you'll find yourself eating soul-less, dry pieces of meat -- whether it's chicken, burgers, or turkey legs. Sure, you can find more traditional BBQ items like pulled pork or brisket sandwiches, but I've tried most of them and they are all bland and dry, not to mention expensive. And if you're searching for legit ribs, fuggedaboutit.

But the OC Fair is all about having a good time, so the majority of people there don't care whether they're plunking down their hard earned cash for terrible BBQ. It's not a BBQ competition, and for these vendors, and it's all about cranking out as much food as possible while making a hefty profit. One thing's for sure, it seems like everyone always has a good time at the fair. 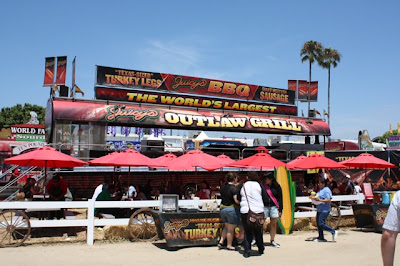 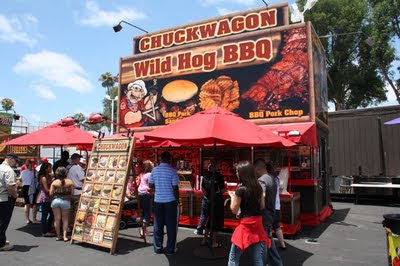 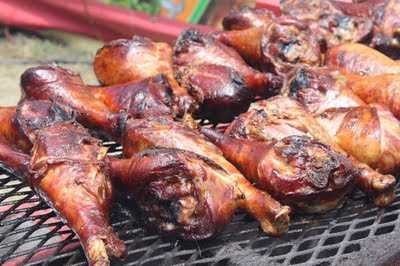 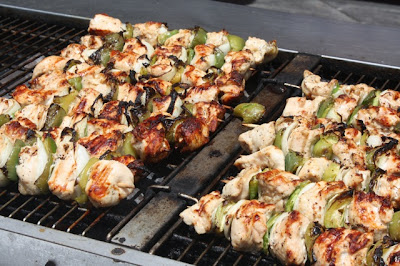 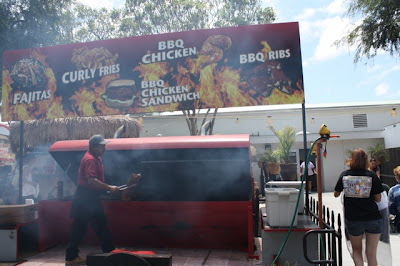 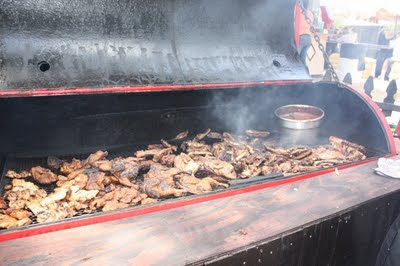 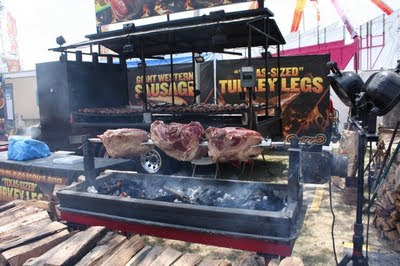 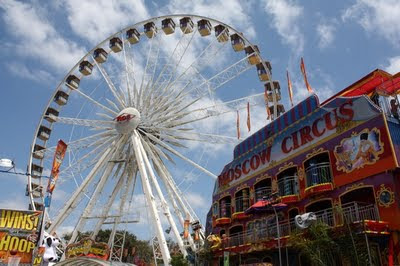