Are you tired of the same old box of chocolates and dozen roses for Valentine's Day? Check out this beef jerky flower bouquet from The Manly Man Co. The bouquet is pre-arranged, sealed, and packaged in a custom box and even comes with a pint glass as the bouquet "vase." 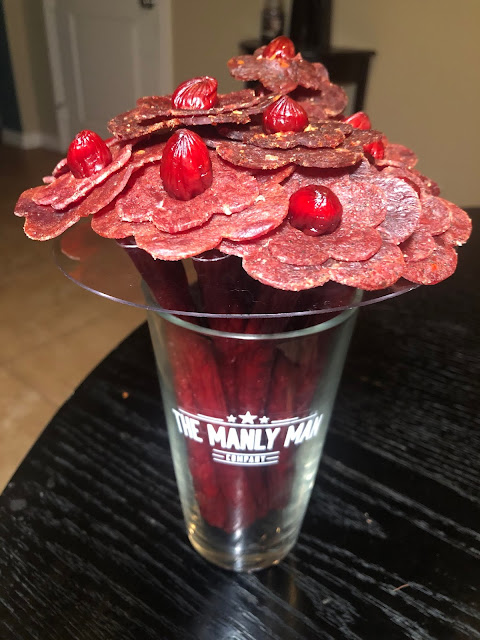 Mac's Outlaw Barbecue Sauce is a small business owned company based in North Las Vegas, Nevada -- specializing in a gourmet BBQ sauce that is all natural, low calories, and low sugar. I tested out the sauce with various recipes and it has quickly become one of my favorite BBQ sauces that I reach for in my fridge.

I've used Mac's Outlaw Barbecue Sauce as a glaze to brush over several racks of spare ribs that I smoked. The slight sweetness of the sauce was a nice complement to the pork. I've also used Mac's as a dipping sauce on many occasions, especially for chicken tenders. I've even added the sauce to ranch dressing too. Perfect for dunking chicken nuggets! 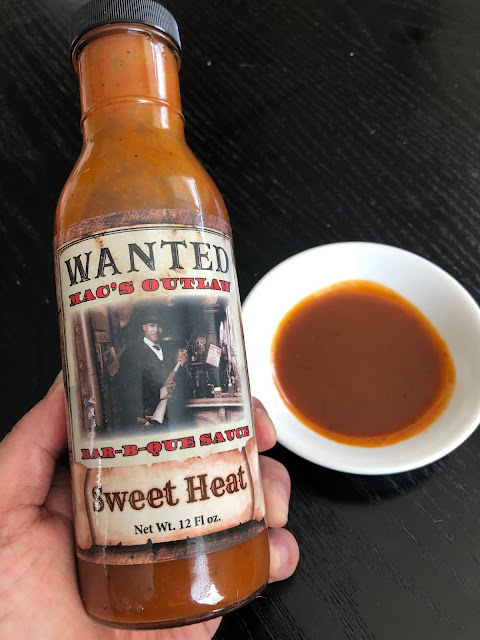 The family recipe is a nice balance of sweet and spicy, with a subtle peppery and hint of smokiness in the background. The sauce won't overpower your meat, and that's a good thing. In the future, I hope they release a version of BBQ sauce that really has a good spicy kick. You can order Mac's Outlaw Bar-B-Sauce from their website. Also check them out on Facebook and Instagram.